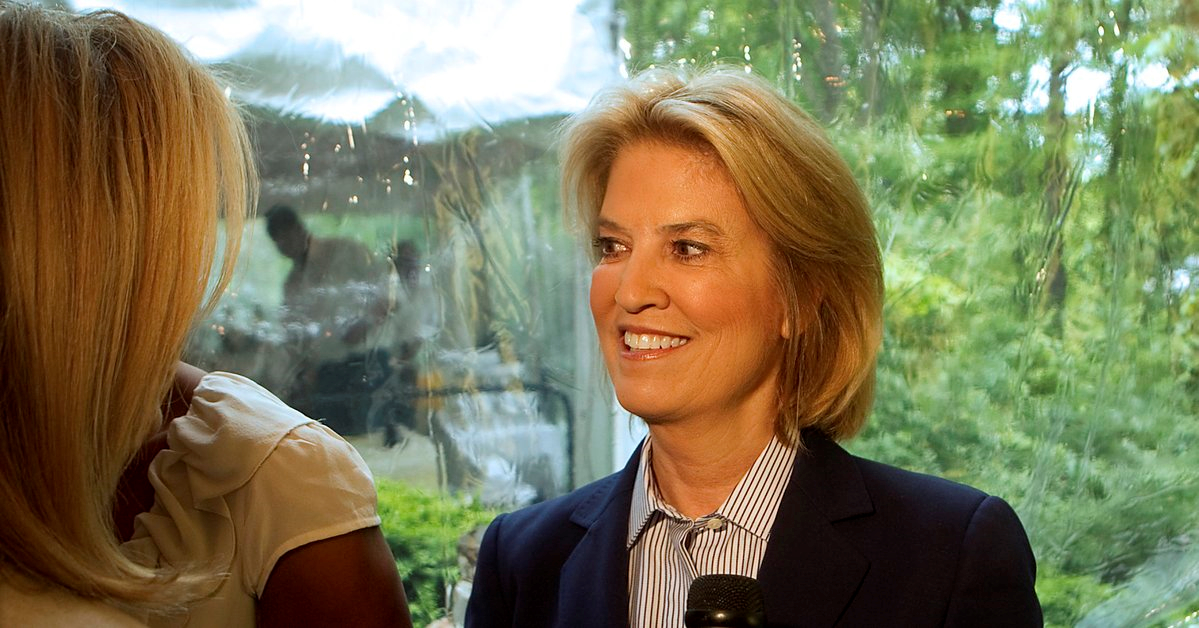 After just six months, Greta Van Susteren is out at MSNBC. The former Fox News host will be replaced by MSNBC’s chief legal correspondent, Ari Melber.

Van Susteren, who moved from Fox News to MSNBC in January, tweeted on Thursday afternoon, “I am out at MSNBC.”

According to the NY Post, MSNBC president Phil Griffin told staff, “As we continue to grow and evolve as a network during one of the most newsworthy periods in recent history I have important news about our 6pm hour. MSNBC and Greta Van Susteren have decided to part ways.”

Greta was not a particularly polarizing character but, having worked for Fox News and MSNBC, the reaction on Twitter was divided.

MSNBC axed @Greta: “They let her go,” her husband John Coale just told me. She found out earlier today.

Greta Van Susteren’s show struggled in the ratings, even as most of MSNBC’s other programs performed well https://t.co/KyjqSNvbNE

I’m sorry to hear this, Greta! I’ve enjoyed your show. Let us know what your next steps are and great luck!! https://t.co/GKX4xtDOrj

Greta is brilliant, does her own thing, never marches to any network’s drummer. That’s what probably got her fired – she’s too honest.

She was a bad fit, nobody trust “journalist” once they’re on @FoxNews, take note @megynkelly!Breaking:Greta Fired! https://t.co/evDEdYy49O

After months of dismal ratings, Greta Van Susteren is out at MSNBC….story TK

@greta has been fired at MSNBC?!?!?@FoxNews here’s your chance to bring her back and make millions of viewers happy again!

Greta Van Susteren Out at MSNBC. It doesn’t like commentators who don’t pedal in fake news like Mika + #maddow

#Greta out at MSNBC. Liberals thrive on emotion; Conservatives want facts and information. Just a bad match for her.

.@greta is an outstanding journalist & wonderful person – thanks for keeping us all informed, we look forward to seeing you again very soon!

Greta is my friend but my plate is full with
Healthcare countdown
Kate’s Law
Market Slump
Travel Moratorium
Beating Isis ON Battlefield https://t.co/B0a2TiroFv

This Sept piece I did when Greta left Fox has aged well: Greta is about to find out how good she had it | TheHill https://t.co/SbSrmzMsBv

Greta was awful and I’m happy to see her go. I’d tell her myself but she blocked me. https://t.co/cybaIIfxvp

this is really too bad. @greta is great. https://t.co/070UorXnCe

MSNBC thinking out loud in public about what it wants to be in era of Trump. Greta gone after just a few months. https://t.co/Ei9Q8NZw7U

This slot should go to @JoyAnnReid – Greta Van Susteren Out at MSNBC https://t.co/DRGqxIWiMh