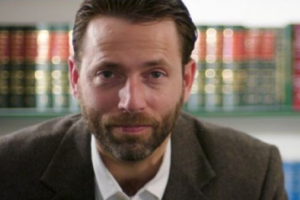 Alaska network KTVA, which came under fire when two employees were caught on an inadvertently recorded phone conversation conspiring to find negative stories on Alaska Republican Senate candidate Joe Miller, has released a press statement defending their coverage and announcing the dismissal of the two reporters on the phone call from their duties with the channel.

After completing an inquiry into the incident, for which Alaskan Sarah Palin labeled the organization “corrupt bastards,” the two reporters whose voices were caught on a phone conversation hoping to “find that one person” in Joe Miller’s group “who is a sex offender,” among other things, “are no longer with the station.” They clarified that neither the News Director nor Assignment Editor involved were in trouble with the station, however, nor any other KTVA reporters, as they were not involved in the incident.

The full press release below:

Anchorage, Alaska, (11/02/10) – KTVA today released findings of its internal assessment of allegations that the “news director for CBS Anchorage affiliate KTVA, along with assignment editor Nick McDermott, and other reporters, openly discussed creating, if not fabricating, two stories about Republican nominee for U.S. Senate, Joe Miller,” as alleged by the Miller campaign. KTVA states that its review included multiple staff interviews, a review of that day’s actual news coverage and a forensic transcript of the recorded audio conversation.

General Manager Jerry Bever stated, “As we worked through this fact-finding process we noted that actual story assignments for that day had already been decided before the recorded conversation took place. At no time did any of the elements associated with the recorded comments become part of any coverage or broadcast. The recorded conversation in question specifically involved how that evening’s Miller rally might be promoted and the ensuing dialogue went down hill from there. These particular comments were not in line with KTVA standards.”

As a result of this incident, the two producers involved in the recorded conversation are no longer with the station. As a matter of policy KTVA did not identify the staff members involved, however KTVA clarified that neither the News Director, Assignment Editor Nick McDermott nor any other KTVA reporters were involved in the recorded conversation as previously reported by the Miller campaign.

KTVA believes that its actual broadcast coverage of Miller has been sound and fair during this election cycle and the history of our coverage speaks for itself. Bever noted that in the coverage of this issue, FOX News correspondent Dan Springer reported that in a review of recent Miller coverage by KTVA, Fox News could not find any articles or stories that showed any obvious bias or hit pieces against Joe Miller.

KTVA has contacted the Miller campaign to set up a meeting to review its findings.