Ambassador Caroline Kennedy Scrutinized for Use of Private Email 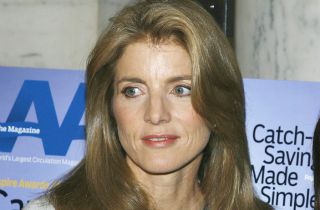 Caroline Kennedy, the current U.S. ambassador to Japan, is coming under scrutiny now in a new report for her use of private email.

Yep, that issue plaguing Hillary Clinton on the campaign trail has made its way to another member of another government official from a big political family.

The State Department inspector general put out a report inspecting the U.S. embassy in Tokyo, finding some basic communication issues, lack of coordination, and security issues.

And among those security issues is this section on use of personal email by individuals at the embassy, including Ambassador Kennedy:

In the course of its inspection, OIG received reports concerning embassy staff use of private email accounts to conduct official business. On the basis of these reports, OIG’s Office of Evaluations and Special Projects conducted a review and confirmed that senior embassy staff, including the Ambassador, used personal email accounts to send and receive messages containing official business. In addition, OIG identified instances where emails labeled Sensitive but Unclassified were sent from, or received by, personal email accounts.

They note how the the OIG has “previously reported on the risks associated with using commercial email for official Government business” and highlight the associated risks.

An anonymous State Department spokesperson told Politico that the embassy requires the use of official email accounts, but the use of private e-mail is allowed for government purposes, as long as certain rules are followed.”