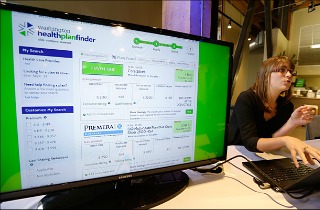 Congressional Democrats are now wondering whether it will require legislation to enforce the “fixes” to the Affordable Care Act that President Barack Obama endorsed on Thursday. Some suggested that those fixes, which are not enforceable, would require legislation in order to prevent state insurance commissioners from opting out. Already, two states are refusing to follow up with the president’s recommended fixes to the ACA.

“Trying to do what the president has proposed would be very disruptive to the insurance market in the state of Washington so no, we will not be allowing insurance companies to extend these policies,” Washington state insurance commissioner Mike Kreidler told AP.

Kreidler said that the nearly 300,000 Washingtonians who received notices informing them of their policy’s cancellation will not be able to access those plans again.

“I have empathy for these people, I certainly feel for them, but at the same time, people really have a chance right now to shop and compare various health plans and make some decisions that best fits themselves and their families in ways that could never do before,” Kreidler continued. “But if you wind up extending these current plans that are out there, you really disrupt the ability for that to happen.”

Washington will apparently be joined by Arkansas. According to Arkansas Times editor David Ramsey (via the Washington Post‘s Sarah Kliff), the state’s insurance commissioner does not plan to allow plans slated to be cancelled to be renewed into 2015.