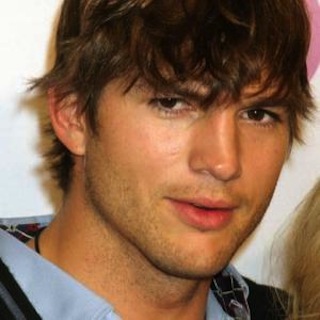 Last night, Ashton Kutcher, the actor who’s soon to be one of the “full men” on Two and a Half Men, used his immensely popular Twitter feed to go on a lengthy tirade against none other than the Village Voice. In just an hour, Kutcher launched an angry volley of 11 tweets at the New York publication. The reason? This recently published article in which the Voice accuses the anti-sex trafficking campaign begun by Kutcher and his wife, the actress Demi Moore, for “reek[ing] of frat boy humor” and, more importantly, being based entirely on a lie.

The article alleges that the figure touted by the campaign, that between 100,000 and 300,000 child sex slaves work in the United States today, is completely inaccurate. The Voice claims that the figure comes from a study written by two University of Pennsylvania professors entitled The Commercial Sexual Exploitation of Children in the U.S., Canada and Mexico. That study was apparently only referring to children who were “at risk” of becoming child prostitutes, not how many were actually currently employed. Furthermore, the Voice has quotes from another professor who says that the study has “no scientific credibility.”

While the article takes swipes at news organizations that have repeated the figure like The New York Times, CNN, and C-Span, the bulk of the shots are directed specifically at Kutcher and Moore’s campaign. The accompanying image is a picture of the couple and the snarky headline, “Real Men Get Their Facts Straight,” is a direct knock on the campaign’s slogan, “Real men don’t buy girls.” Also, the article talked to one of the “premier charity consultant” at Global Philanthropy Group, the organization that helped Kutcher and Moore start the campaign. The consultant, Maggie Neilson, seems to readily admit that the figures the campaign is based on aren’t true.

“But if you are a highly paid consultant, mustn’t you pair the juvenile humor with accurate numbers to maintain credibility instead of letting your clients regurgitate the outrageous ‘100,000 to 300,000’ statistic?

Not an easy task, says Maggie Neilson, whose previous work was in the hot, hot, hot area of microfinance. Getting data about sex slavery was not easy, she says: “Versus most social issues I’ve worked on, there is actually a dearth of data—so it was absolutely cobbled together.”

Accuracy is not a major concern for Maggie Neilson.

‘All of the core data we use gets attacked all the time,’ she says. ‘The challenge is, it’s that or nothing, right? And I don’t frankly care if the number is 200,000, 500,000, or a million, or 100,000—it needs to be addressed. While I absolutely agree there’s a need for better data, the people who want to spend all day bitching about the methodologies used I’m not very interested in.'”

With the article seeming to single he and Moore out specifically, it’s unsurprising Kutcher would be angry. And he clearly was:

This morning, the Village Voice was more than happy to play along:

An interesting wrinkle to this whole thing (and the situation that Kutcher is alluding to in his tweets) is that the Village Voice, in their own words, has “a stake in this discussion.” Here is an Editor’s Note that accompanies the article:

Those same numbers had already inspired terrified politicians, who let loose hundreds of millions of dollars in the past decade to prohibitionists bent on ending the world’s oldest profession.

The Craigslist beat-down was absurdist theater.

The House Judiciary Subcommittee on Crime, Terrorism, and Homeland Security hearing on “Domestic Minor Sex Trafficking” culminated with the humbled attorneys from Craigslist announcing that they would close down their adult classified business.

The First Amendment was shouted down in the name of children.

From its earliest days, the Village Voice has run adult classifieds. Today, those classifieds are hosted online at Backpage.com.

Having run off Craigslist, reformers, the devout, and the government-funded have turned their guns upon Village Voice Media.

Solicited by advocates, such websites as Huffington Post and The Daily Beast and others in the mainstream media raised the alarm that America’s children have been enslaved in prostitution, thanks to the Internet.

It is true that Village Voice Media has a stake in this discussion.

But the facts speak for themselves.”

Right now, the fight is at a stand still as the West Coast-bound Kutcher has been silent since last night. However, much of Twitter eagerly awaits to see where this feud will go.

Below, watch a clip of Kutcher and Moore explaining the campaign last April on Piers Morgan Tonight: