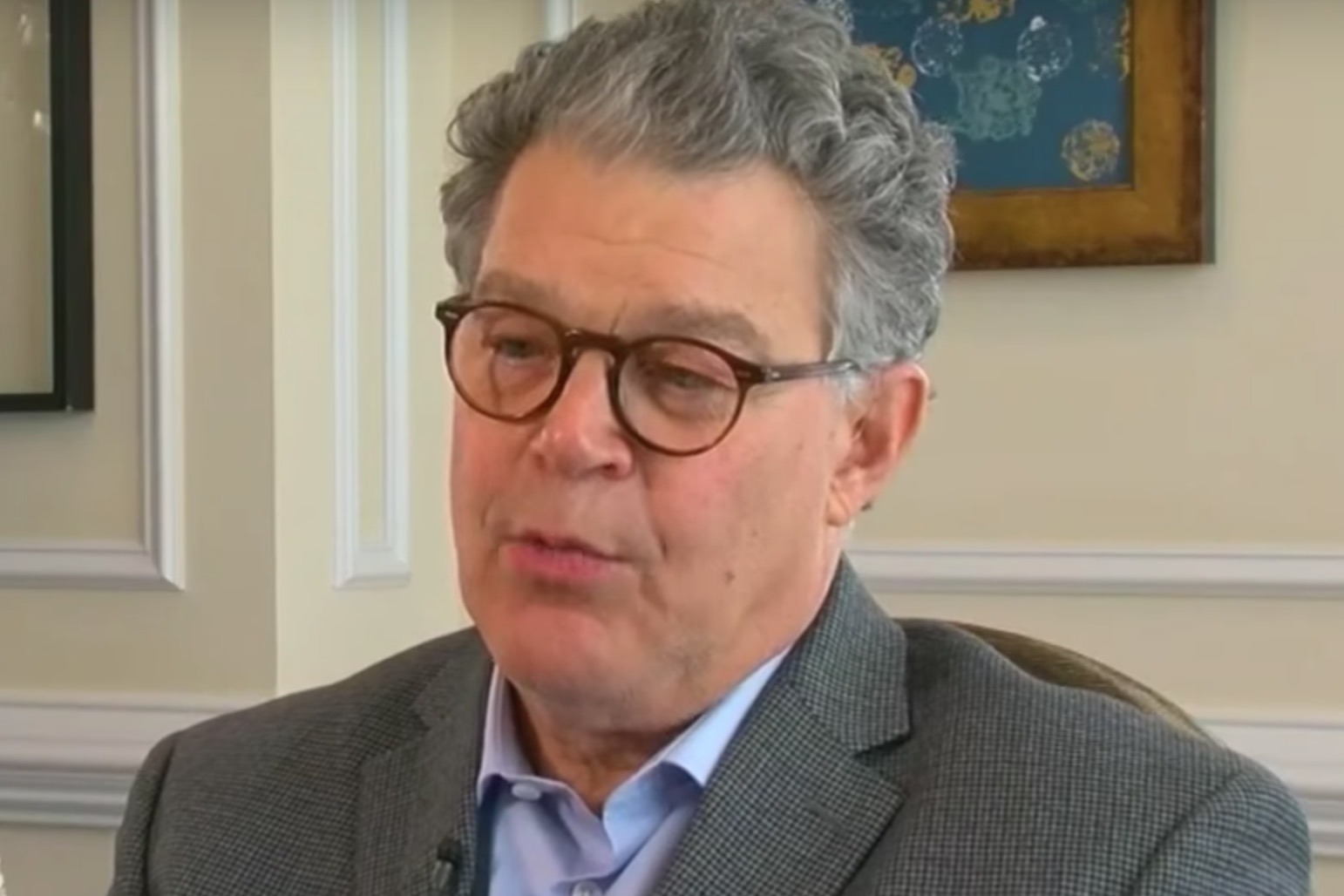 UPDATE: TWENTY-SEVEN Democratic senators on Wednesday called on colleague Al Franken to resign, in a jaw-dropping avalanche of statements addressing the latest sexual misconduct allegations made against the Minnesota senator.

NEW – Franken going to be making an announcement tomorrow

UPDATE –– 2:51 pm ET: Angus King, an Independent who caucuses with the Democrats, also joined the calls for Franken to resign.

This comes on the heels of yet another woman coming forward with allegations of sexual misconduct against Franken, which he has denied as “categorically not true.”

Gillibrand’s Facebook statement says that while she has considered Franken a friend, “this moment of reckoning about our friends and colleagues who have been accused of sexual misconduct is necessary, and it is painful.”

Hirono immediately followed suit, as well as a number of other prominent Democratic senators. Their statements will be listed below as they come in:

Today, I am calling on my colleague Al Franken to step aside. I’ve struggled with this decision because he’s been a good Senator and I consider him a friend. But that cannot excuse his behavior and his mistreatment of women. (thread)

It is clear that Al Franken has engaged in a pattern of egregious and unacceptable behavior toward women. He should resign.

ALSO: Sen. @PattyMurray, the highest-ranking woman in the Senate Democratic Caucus, calls on Franken to step down. https://t.co/XR3td2CUoV

Sexual harassment and misconduct should not be allowed by anyone and should not occur anywhere. I believe the best thing for Senator Franken to do is step down.

I believe it is best for Senator Franken to resign.

Joe is calling for Senator Franken to resign. pic.twitter.com/ff5i1rnhJs

I agree with my colleagues who have stepped forward today and called on Senator Franken to resign. We can’t just believe women when it’s convenient.

Sexual harassment is unacceptable. I believe Senator Franken should do the right thing and resign.

I join my colleagues in calling for Senator Franken to step aside and resign. Sexual harassment is unacceptable, completely inappropriate and cannot be tolerated.

We must commit to zero tolerance – which is where I believe we as a country and Congress should be – and that means Senator Franken should step down. Full statement: pic.twitter.com/4qrZB0mBTo

Sexual harassment and misconduct are never acceptable. I understand Senator Franken will make an announcement tomorrow morning, and I’m confident he’ll do the right thing and step aside.

Senator Franken’s actions are disturbing, egregious, and demonstrate a pattern of serious misconduct and abuse. It is time for Senator Franken to resign from office.

Senator Franken’s behavior was wrong. He has admitted to what he did. He should resign from the Senate.

It’s clear the American people don’t look lightly on these kinds of actions, no matter who they’re committed by, and the number of complaints against Senator Franken is a concern. I think resignation is the right thing for him to do.

Senator Franken needs to step down and we all need to do more to make clear that sexual harassment and assault are unacceptable.

Senator Franken has said he will make an announcement tomorrow, and I hope that he will do the right thing. It is in the best interest of our country for him to step aside.

I expect that Senator Franken will announce his resignation tomorrow. It is the right thing to do given this series of serious allegations.

Al Franken has been a friend to many in the Senate – Republicans, Democrats and Independents alike – but these allegations are deeply troubling, especially as the number has grown. I believe it's time for him to resign.

Senator Franken should send a strong message that sexual misconduct is unacceptable in any setting and step down.

Sexual harassment is unacceptable. This morning I spoke with Senator Franken and, as you know, he will be making an announcement about his future tomorrow morning. I am confident he will make the right decision.

I am deeply disappointed by Senator Franken’s behavior. He must step aside. My full statement here: https://t.co/Ad0L8WC0Fr

Sexual harassment in any context is unacceptable. I'm disappointed & disgusted with the allegations concerning @SenFranken, and he should be held accountable.

More on my statement on sexual harassment and needed meaningful reforms of the Ethics process: https://t.co/tU4j4p5alv

Elected officials must be held to a high standard, Al Franken is no exception. It’s time for him to step down.