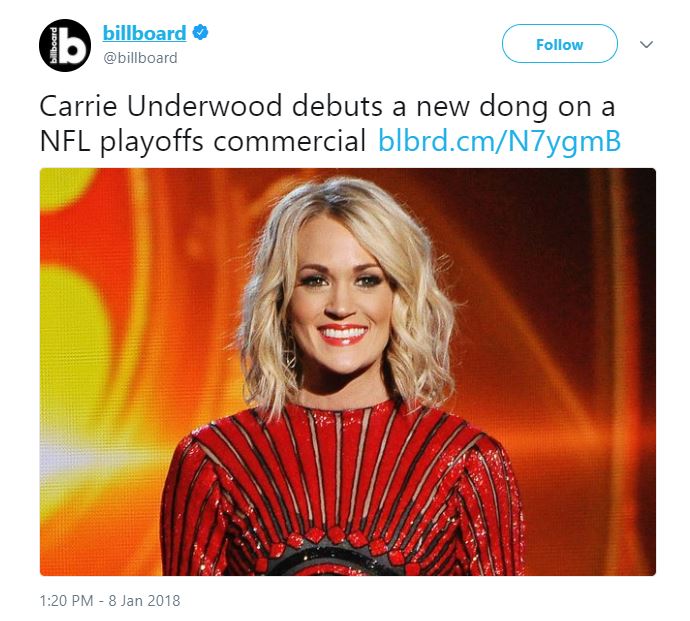 A staffer for Billboard made the unfortunate mistake of replacing the s in “song” with the letter d, making a tweet about Carrie Underwood’s upcoming release focus on the country singer’s “dong” instead of her music.

While Billboard was quick to take down their post, like anything thrown out online, the spelling error was gone but not forgotten as many took to mocking the mistake.

Billboard’s social media manager is about to have a bad day pic.twitter.com/MAL8cIiaeG

good for her. live your life.

They later re-posted the tweet — minus the “dong.” However, the brand’s corrected post mostly received responses from users that want the typo-included post to remain up.

I was just getting used to the old dong.

Someone just got fired.

In the poor Billboard employee’s defense, a search of the word “dong” on Twitter will find almost countless similar spelling errors, as a typo in both “song” and “doing” lead one to make the same mistake.