Bob Beckel Returns to Fox News and The Five

Bob Beckel Returns to Fox News and The Five 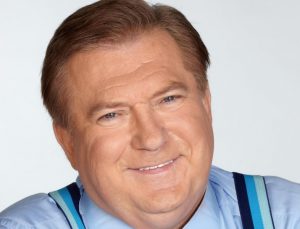 Fox News has re-signed Bob Beckel to be a co-host of The Five. Juan Williams will remain a Fox News contributor across all programs and continue appear on the show. Beckel will begin immediately, appearing on the network this evening.

Beckel parted ways with Fox News in the middle of 2015, with the network at that time stating that they could no longer be held “hostage to one man’s personal issues.” This followed Beckel spending several months recovering from surgery and being in rehab for an addiction to painkillers.

In today’s announcement, Fox News Executive Chairman Rupert Murdoch said “Bob was missed by many fans of The Five and we’re happy to welcome him back to the show.”

Beckel added, “I’m thrilled for the opportunity to go home again and join my television family around the table of The Five. I have no doubt it will be a vigorous yet entertaining debate.”

Beckel first joined Fox News as a contributor in 2000 and then rejoined the network in 2011 as one of the original co-hosts of The Five. After exiting Fox, he was with CNN for a short time as a commentator.