Breaking: The White House ‘Threatened’ Me Too! Can I Please Have Some Attention?

Breaking: The White House ‘Threatened’ Me Too! Can I Please Have Some Attention? 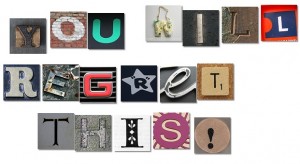 Of course, by “threatened,” I mean “sent me a friendly email mildly critical of a story I was working on,” but like Bob Woodward‘s similar claim, what’s really important isn’t whether the White House actually threatened me, but whether I felt threatened. Or, more importantly, whether I felt like saying I felt threatened so I could get attention. Now that POLITICO has released the full email, which clearly shows Woodward is diving for a red card like a bad mime, the question isn’t if Woodward is trying to get attention for his “war” with the White House, but why.

Bob Woodward has been playing the victim for days over the White House’s audacity to push back on Woodward’s self-evidently false claim that the President “moved the goal posts” on deficit reduction, and his specious claim that the White House “initiated” the sequester provisions of the Budget Control Act that now threaten to end civilization as we know it. He jumped onto the shark Wednesday night, however, when he suggested that a senior White House official had tried to intimidate him in an email exchange, pulling one line out of context: “You’re going to regret this!”

As a veteran of many contentious email exchanges with press officials, White House and otherwise, the subtext was completely transparent to me. This is the email that I sent to the White House last night, asking for comment on Woodward’s claim:

Do you guys have anything on this email that Woodward says he was sent? Sounds like maybe the context was “You will regret this…because you’re making a clown of yourself.”

And here’s the relevant quote, from Woodward’s now-released exchange with Gene Sperling:

I think you will regret staking out that claim. The idea that the sequester was to force both sides to go back to try at a big or grand barain with a mix of entitlements and revenues (even if there were serious disagreements on composition) was part of the DNA of the thing from the start. It was an accepted part of the understanding — from the start. Really. It was assumed by the Rs on the Supercommittee that came right after: it was assumed in the November-December 2012 negotiations. There may have been big disagreements over rates and ratios — but that it was supposed to be replaced by entitlements and revenues of some form is not controversial.

Tomato, tomahto. The point is, Woodward deliberately misled CNN as to the character of the email, and the context of the “You will regret this” line. Sperling’s email is actually a good deal nicer than 90% of the emails I’ve gotten from the White House, and you know what I do when they’ve got something smart to say about my reporting? I tell them what I think, try to get a little more reporting out of them, and I write my goddamn story. If someone actually did threaten me, if Jay Carney said “Write this, and you’ll be spitting teeth at GITMO,” I would report that.

What Woodward did was a borderline smear-job, and it wasn’t to protect the poor little guy who might be intimidated by the White House, since the White House clearly did not try to intimidate him. He did it to distract attention away from his own self-defeating analysis, as evidenced by the word salad that has accompanied his every attempt to explain it. Woodward’s original piece is fatally flawed on its own terms, in two major ways.

First, his dogged attempt to get the Obama administration to “accept paternity” for the sequester, as Woodward terms it, depends on ignoring the reason it was needed in the first place, which was the Republican debt ceiling threat, and on ignoring who actually enacted it. If someone says they’re going to shoot you in the head, and you say, “Wait, why don’t you shoot me in the leg, instead?”, they can’t then get off in court by saying it was your idea to get shot in the leg. Republicans in Congress, by Woodward’s own account, demanded a trigger mechanism, and would not accept one that included revenues, and would have defaulted on the country’s debt without it. Woodward’s own reporting bears that out. It is arguably a matter of opinion as to who owns the greater share of responsibility, but it seems clear to me that without the Republican threat of a catastrophic default, there would be no sequester.

Secondly, and most importantly, Woodward’s conclusion that the President “moved the goal post” is contradicted by his own reporting. The sequester was an “action-forcing mechanism,” as Woodward stated, that was put in place to reassure Republicans that a comprehensive deal on deficit reduction would take place. In short, they’d make a “grand bargain,” or die trying. The sequester is the “die trying” part, so unless Woodward is suggesting that the “goal” was to die, he is clearly aware that the sequester and the “grand bargain” are not the same thing. As the White House has pointed out, every discussion of a deficit deal has included a “balanced approach” that would include revenues. The President and his administration officials have made over forty mentions of it just since December.

Knowing this, and knowing that the sequester and the grand bargain are in no way the same thing, Woodward writes this:

In case Woodward is confusing you here, deliberately or not, what this mmeans is that the sequester was needed in order to force a deal because Republicans were refusing to budge on revenues. In other words, revenues were the central issue in dispute on deficit reduction. They were the goal posts. The sequester was not, the sequester was the penalty flag for pass interference. But Woodward deliberately conflates the two in his next paragraph: (emphasis mine)

In fact, the final deal reached between Vice President Biden and Senate Minority Leader Mitch McConnell (R-Ky.) in 2011 included an agreement that there would be no tax increases in the sequester in exchange for what the president was insisting on: an agreement that the nation’s debt ceiling would be increased for 18 months, so Obama would not have to go through another such negotiation in 2012, when he was running for reelection.

So when the president asks that a substitute for the sequester include not just spending cuts but also new revenue, he is moving the goal posts. His call for a balanced approach is reasonable, and he makes a strong case that those in the top income brackets could and should pay more. But that was not the deal he made.

Woodward can’t explain how both things can be true, how the President’s goal, all along, publicly and privately stated, has been a balanced approach that includes revenues, yet he has moved the goal posts. If Woodward could show where “the deal he made” included a promise not to seek new revenues along with spending cuts, Woodward would do that. He would show where that deal was made. He can’t, so instead, he invents a threat from the White House, and many idiots look away.