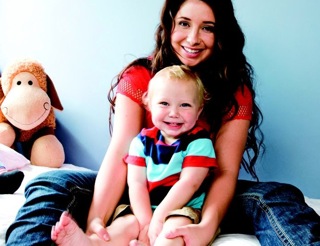 Bristol Palin has somehow managed to get on the upswing of the “Obama Gay Marriage Revelation” news cycle this week by attacking President Obama for consulting his daughters over the decision, and insisting that she knows what the ideal household for a child is like. She received, she writes today, some outrageously inappropriate invective in return– including death threats– that she notes undermine the point of those attacking her in the name of tolerance.

She admits to not being a professional who studies and talks about politics for a living– “I’m not a pundit. I’m just a mom… Oh, and I was a finalist on Dancing with the Stars“– but nonetheless, had an opinion she felt the need to share. She notes it was not well-received:

Around Hollywood, there’s lots of concern and great initiatives to try to encourage more kindness in this world. Then why do I get so many messages telling me I should die? […]

They treat me as if I’m not human, as if they are somehow proving how great they are by (always anonymously, the cowards) tearing me apart with their words. […]

You think it’s completely obvious that you’re right, but this younger generation is more pro-life than their parents, and voters just keep defending traditional marriage. Why? Why would we if you’ve been telling us what to think for all these years?

Palin reiterated her argument– that she believed there was a “double standard” between men and women in politics who consult their families– and joked about the feud with J-Woww. While the offenses against Palin were grievous and she notes they didn’t exactly please her, Palin also writes that being in the public spotlight requires a certain thick skin, and given her support of more “disagreement” in the public discourse, she’s not likely to stop commenting on current events anytime soon.