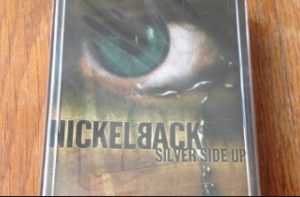 A Canadian town has come up with a way to penalize drunk drivers in a way that may or may not be against the Geneva Conventions. What is this torturous punishment you ask? Listening to Nickelback.

Kensington Police put out Facebook statement this weekend, announcing that they would clamp down on anyone who tries to drink and drive throughout the holiday season. Anyone who tries it when they should have called a cab will be slapped with all the usual repercussions, along with a little bonus:

“When we catch you, and we will catch you, on top of a hefty fine, a criminal charge and a years driving suspension we will also provide you with a bonus gift of playing the offices copy of Nickelback in the cruiser on the way to jail.

Now, now, no need to thank us, we figure if you are foolish enough to get behind the wheel after drinking then a little Chad Kroeger and the boys is the perfect gift for you.”

For years, the grunge rock band has been panned by music critics and has been an online target for general hatred and mockery. Facebook commentators appreciated the police department’s joke, though they said that it would be a “due process violation” and would count as “cruel and unusual punishment.”

Some of the response was negative though, and several people accused the department of trivializing a serious issue while bashing their fellow Canadians. The department responded that the don’t really hate Nickelback, they just wanted a humorous way to get an important message out.

“We are just using a different approach to get an age-old message communicated,” Constable Robb Hartlen said to CBC. “As long as it starts the ‘Don’t drink and drive’ dialogue, we’re happy with that.”