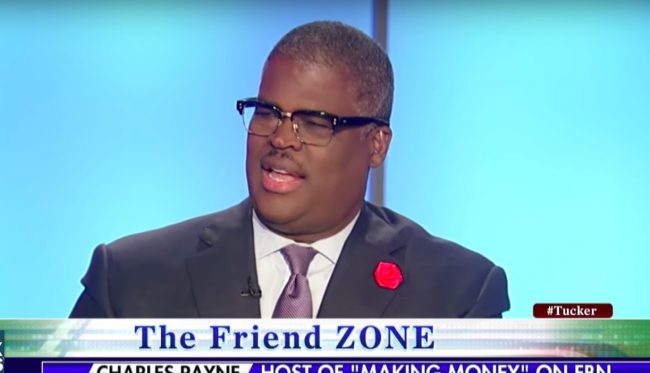 Payne was suspended earlier this year following sexual harassment allegations against him made by a female political analyst who also claimed she was banned from the network after their affair ended.

At the time, Payne tweeted this out:

Days ago a reporter contacted me about (false) allegations and asked for a comment. I gave an immediate reply. He reported story w/out them

This was my reply: “That is an ugly lie I vehemently deny to my core. There is a mountain of proof that also proves its a lie.”

I will fight this like a lion armed with truth. Thanks so much to all those that have reached out in support.#FightingBack

According to the LA Times, a spokesperson for Fox Business confirmed that the investigation has been completed and Payne is returning to air for tonight’s Making Money on FBN.

Fox News’ own Howard Kurtz tweeted about the news earlier this afternoon:

Fox wont comment on probe in bringing back Charles Payne but appears he’s been cleared. He said relationship with ex-guest was consensual