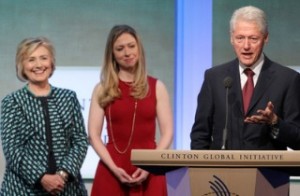 Chelsea Clinton weighed in on Donald Trump invoking her father’s “transgressions” this week, and Juanita Broaddrick responded by sending her a message on Twitter.

Trump boasted after the debate that he could have gone there on Bill Clinton, but didn’t want to with his daughter in the room.

Well, she responded to that in an interview with Cosmopolitan after the debate. Clinton said, “It’s a distraction from his inability to talk about what’s actually at stake in this election and to offer concrete, comprehensive proposals about the economy, or our public school system, or debt-free college, or keeping our country safe and Americans safe here at home and around the world.”

She continued by reflecting on just how long her family has been attacked like this for:

And candidly, I don’t remember a time in my life when my parents and my family weren’t being attacked, and so it just sort of seems to be in that tradition, unfortunately. And what I find most troubling by far are Trump’s — and we talked about this when you interviewed me the night before the Iowa caucus — are Trump’s continued, relentless attacks on whole swaths of our country and even our global community: women, Muslims, Americans with disabilities, a Gold Star family. I mean, that, to me, is far more troubling than whatever his most recent screed against my mom or my family [is].

Well, in response, Juanita Broaddrick––who has maintained for years that the former president raped her––sent a message to Chelsea:

1. Here is my response to Chelsea Clinton's statement about her father's sexual misdeeds

2. Chelsea you said you don't remember a time in your life that your parents weren't being attacked.

3. There's a very good reason for this—your parents are not good people.

4 your father was, and probably still is, a sexual predator. Your mother has always lied and covered up for him.

6. The truth is what has brought the attacks on your family and you are smart enough to know that by now.