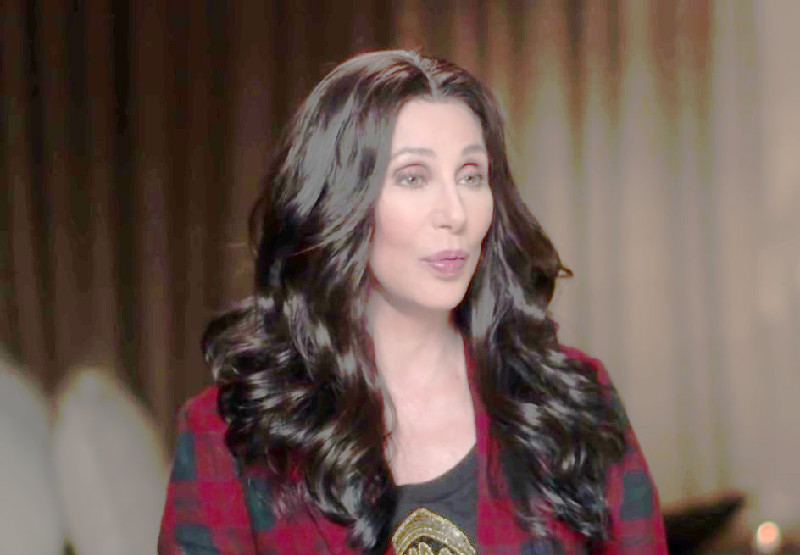 After it was announced that the Trump administration was rescinding the Deferred Action for Childhood Arrivals (DACA), showbiz legend Cher took to Twitter to ask her followers to do something. What was that? She said that those who had the ability should take in a DREAMer and provide protection.

Those Who Can Must Take a DREAMER In2 Their Home & Protect Them‼️I’m Ready 2 Do This & ??Others in MY BUSINESS WILL DO THE SAME‼️SANCTUARY

Well, that got a response from a random woman on Twitter, who didn’t seem too convinced that Cher was going to put her money where her mouth is. And boy did Cher respond. 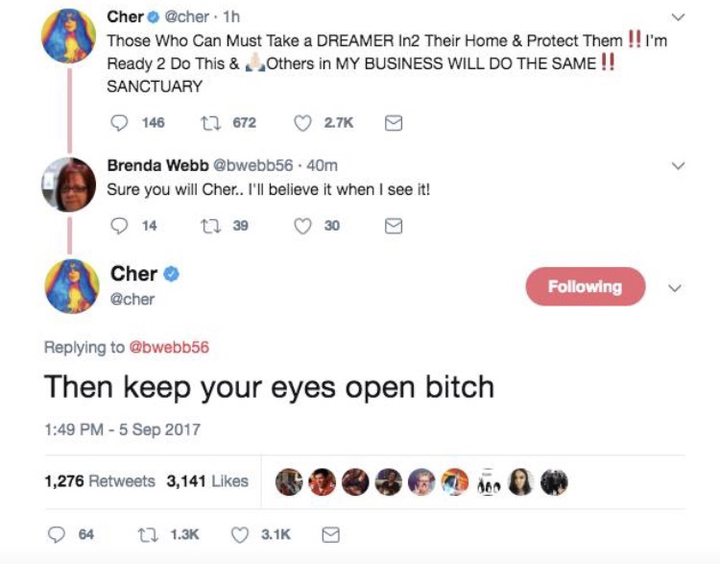 Then keep your eyes open bitch

It appeared that Cher’s retort was so brutal that the woman decided to lock her Twitter account following the social media takedown:

what must it feel like to get bodied by Cher pic.twitter.com/DKuRIGW5RS

Random troll Brenda Webb tried to come at Cher about #DACA, and then quickly realized she's NOT the one to mess with. pic.twitter.com/qgeFpkHryB

Cher is the real MVP! pic.twitter.com/vroe3LTvrt