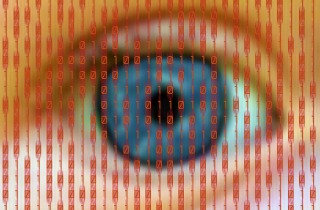 While many Americans were sitting down for Christmas Eve meals and celebrations, the National Security Agency released redacted documents in which the agency admits to having “incorrectly acquired” surveillance data and violating the law over the past 12 years.

The documents, which detail many instances of wrongdoing from 2001 to 2013, were released following a Freedom of Information Act lawsuit brought forth by the American Civil Liberties Union. In an executive summary released on the NSA’s website, the agency says the errors “occur naturally in any large, complex system” and insists it goes “to great lengths to ensure compliance with the Constitution, laws and regulations.”

But the documents themselves do not paint such a pretty picture. According to one of the reports, an NSA analyst “searched her spouse’s personal telephone directory without his knowledge to obtain names and telephone numbers for targeting.” In addition, sensitive surveillance data were emailed to unofficial recipients and were stored on computers when supposed to be deleted. Other instances of wrongdoing, the NSA insists, were done as a result of human error rather than intentional improprieties. The agency says employees involved in these activities were properly disciplined.

“The vast majority of compliance incidents involve unintentional technical or human error,” the release says. “In the very few cases that involve the intentional misuse of a signals intelligence system, a thorough investigation is completed … and appropriate disciplinary or administrative action is taken.”

Despite these revelation, the NSA maintains that it “protects privacy and civil liberties while safeguarding the nation and our allies.”