CNN’s Pathetic Attempt To #FeelTheBern After The Election
Opinion

CNN’s Pathetic Attempt To #FeelTheBern After The Election 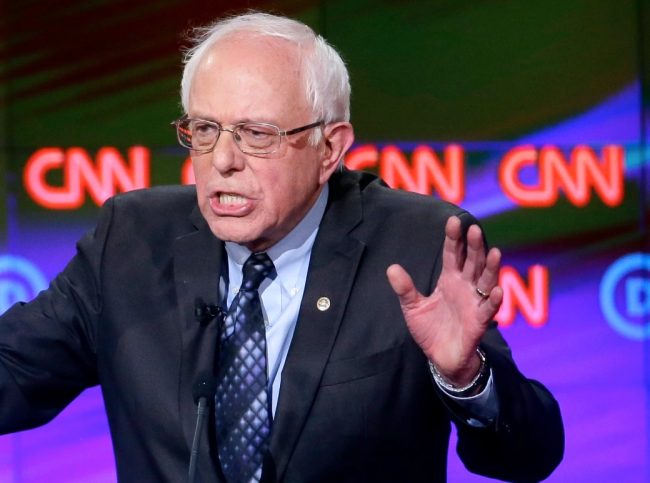 When I traveled across the country covering the 2016 campaign, I did so as an outsider.

95 percent of the time, I didn’t go along with the traveling press, which consisted of major outlets like CNN, MSNBC, Fox News, Washington Post, and The New York Times traveling with the candidates in the air and on the ground.

I chose this because I don’t care about the campaign horse race and “narrative” that drives the aforementioned networks into obsessing over BS minutia on a daily basis.

Instead, I took a different path: showing up in states that held primaries early and talking to average people about their struggles and views on the current state of the country.

You rarely see these types of stories in corporate media—they’re just not “sexy” enough.

So, as I spotlighted the disappearing middle class, CNN showed empty podiums of Donald Trump; spent full days commentating on his tweets; ignored the rising movement Senator Bernie Sanders sparked (which, to be clear, consisted of larger rally sizes than Trump); and chewed like a dog on every non-substantive bone of campaign theater and behind-the-scenes chaos.

Many media experts have directly blamed CNN President Jeff Zucker for giving rise to Trump, which he predictably shrugged off, bogusly claiming Trump was the story, and CNN just covered what its viewers were responding too.

Of course, the rise of Trump was indeed a big story, but so was the rise of a little-known socialist Senator, igniting crowds of 10,000-40,000, filled with millennials and older Americans—while taking on the entire Democratic, Clinton-loving establishment.

CNN’s own media reporter Brian Stelter echoed this point, revealing one of his biggest campaign regrets was undercovering Sanders.

Of course, CNN, and other networks, didn’t just make a boo boo in ignoring Sanders.

Stelter, who I know and respect, and other news personalities, routinely dismiss this charge, saying haters gonna hate. This is predictable: they’re wrapped in their coastal bubble, having no real comprehension why the majority of the country abhors them and their flimsy coverage of substance-less news.

Plain and simple; CNN and others didn’t cover Sanders because it wasn’t in their financial interests to do so. This logic is ironic, since Sanders drew in the demographic that’s been leaving cable news for years—millennials.

So it’s been a big surprise to see that, now, all of a sudden, CNN can’t get enough of Bernie!

They did a town hall with him, and now, by the looks of their promo commercials, are holding a heavyweight boxing match between Sanders and Senator Ted Cruz on the issue of healthcare (it’s actually a debate).

MSNBC has also suddenly come down with a bad case of #FeeltheBern after recently holding their own town hall with him. “Morning Joe” co-hosts Joe Scarborough and Mika Brzezinski recently revealed they were trying to arrange a road trip, following Sanders across the country.

How interesting it is that, once Sanders no longer has an electoral shot, CNN and MSNBC can’t get enough!

This is a brazen attempt to cash in on the most popular politician in America—and his legions of young supporters—after suppressing his rise and policy proposals when it actually mattered.

And I know, the trolls are already tweeting: “Stop with your complaining, you sore-loser Bernie bro!”

But this really isn’t about Sanders: it’s about the manipulative nature of our media. Decades ago, outlets like CNN actually adhered to journalistic principles, like covering stories that involved a whole lot of people (Sanders’ movement); informing the public on critical policies that affected their lives (Sanders policies); timeliness (presidential election); proximity (happening all across America).

CNN abdicated all of this to grant Trump what he wanted—a reality TV campaign (and now it and others are breathlessly covering the reality TV presidency). They did so because it helped their ratings and profits, at the expense of its viewer.

And after doing so, CNN is all of a sudden taken by Sanders, wanting to put forward a substantive debate on healthcare policy between Sanders and Cruz.

Think you’ll hear a question during the Sanders-Cruz debate about Cruz’s shameful blocking of relief money to lead-poisoned citizens in Flint, Michigan?

Think you’ll hear CNN report the actual data and statistics about how countries with single-payer healthcare cover more people at a lower cost? Think you’ll hear a question about why politicians should get government-issued healthcare but citizens shouldn’t?

I’m not holding my breath.

The truth is CNN, and the rest of corporate media, don’t care about the policies Sanders, and politicians like him, espouse.

Its current #FeeltheBern streak is simply an attempt to capitalize on the rising progressive movement in this country.

All of this is a subtle attempt to deceive its audience into thinking someone like Sanders isn’t a serious figure or candidate when they run for office or attempt to implement policy—but give them more coverage when he poses no risk.

That’s why CNN is now the most trusted name in creating fools.