Sending a Senator an Unsolicited Pizza to Get Their Attention is a Bad Idea, Even if it Works

Sending a Senator an Unsolicited Pizza to Get Their Attention is a Bad Idea, Even if it Works 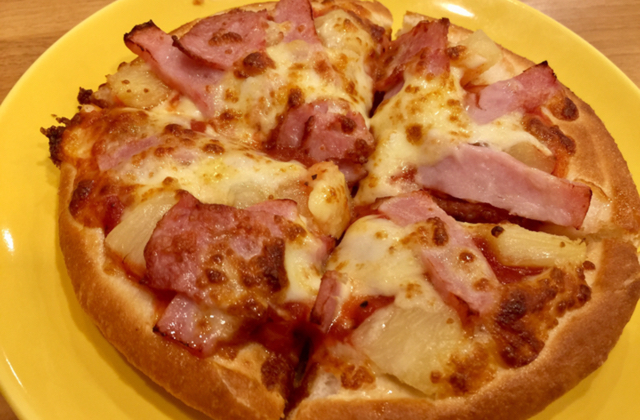 There are a few obvious things you shouldn’t do when it comes to talking about or reaching out to politicians:

And so on. If a new Washington Post article is any indication, Utah’s Julia Silge has never heard of the last one. Troubled by Betsy DeVos‘s nomination for education secretary, she repeatedly tried calling the office of Sen. Orrin Hatch (R-Utah) for a few weeks. The one time she got through, she left a message and nobody got back to her. Every other time, nobody answered, and the voicemail box was always full. So she decided to order Hatch a ham and pineapple pizza on GrubHub to get his attention, giving the delivery person a $10 tip for good measure to make sure he included her note about DeVos. From there, Silge’s tweets tell the story:

My senator's local office is not answering his phone, and his voicemail seems to be full. pic.twitter.com/WGbvAYlSw0

I sent a $10 tip with this, in the hopes of it actually happening.

AN UPDATE: I later received a call from security at the SLC federal office building, so maybe think twice about this approach. pic.twitter.com/nJ8cCDX1sl

The federal security person was pretty chill with me, and he did literally say, "I have gotten a call about a suspicious pizza."

“I definitely had like an, ‘Oh, what did I do?’ moment when this person was calling me,” Silge told the Post. “At that time, I was feeling very frustrated and I kind of made this snap decision. […] “Since it was not actually a threat of any kind and I had not actually broken any rules, there were no ramifications.” Still, not the best idea on paper, though in this case it appears to be working out, as Hatch’s office is talking to Silge about arranging a lunch with him.

We appreciate all creative efforts to reach Senator Hatch, particularly as we deal with a large volume of out-of-state callers that are preventing Utah constituents from reaching us. Unfortunately, the pizza did not make it through security screening because the office had not ordered it. As a result, we did not see the message attached to the pizza. In the future, if constituents would like to tag us with a message when they send food to their local homeless shelter, we will be certain to share those thoughts with the Senator as well.