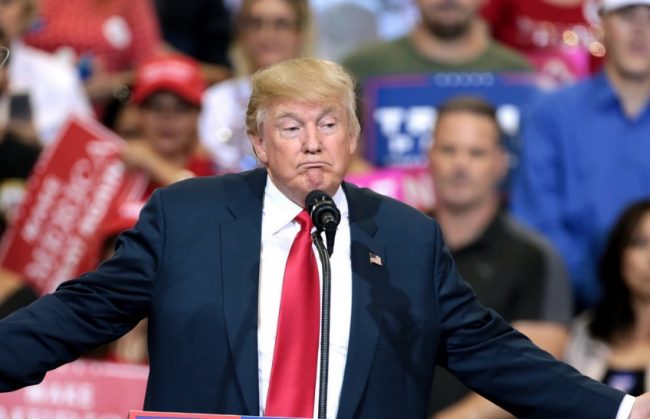 With a President who is so active on Twitter, we’ve come into an era of intense competition to be the first to respond to every tweet. Regular Donald Trump observers have even started to recognize some of the most frequent first responders, few of whom have nice things to say about the Commander-in-Chief. They are comedians like Chris Crocker, or television writers like Beth Kalb, or thought leaders like David McAfee. Though they might rack up retweets and favorites by being first to respond to Trump or a member of his administration, other accounts take the tortoise’s approach to winning the race, going slow and steady with a well-crafted and thought-out burn.

That’s what CNN’s public relations team has been doing. Sort of.

They’re not necessarily burning Trump for the sake of it so much as just fact-checking him. Whether a Twitter user reads their messages to him or his advisers as burns is ultimately subjective.

They responded to Sean Spicer when he used the microblogging platform to criticize CNN for calling March for Life participants “demonstrators.” They responded to Kellyanne Conway when she claimed that she hadn’t offered to go on the network after it was revealed she was turned down by it. And today, they took on Trump himself, and not even for the first time. Note that in three cases, they contradicted the Trump administration’s statements, gave proof of their argument, and ended their response with, “Those are the facts.”

Today, when Trump said this…

Chris Cuomo, in his interview with Sen. Blumenthal, never asked him about his long-term lie about his brave “service” in Vietnam. FAKE NEWS!

…they responded with this:

@realDonaldTrump . @ChrisCuomo did address that point at the start of his interview. https://t.co/JWJEAshv1y Those are the facts.

Those are the facts.