College Student Posts Picture of Klan Rally on Campus, Turns Out to Be Lab Equipment 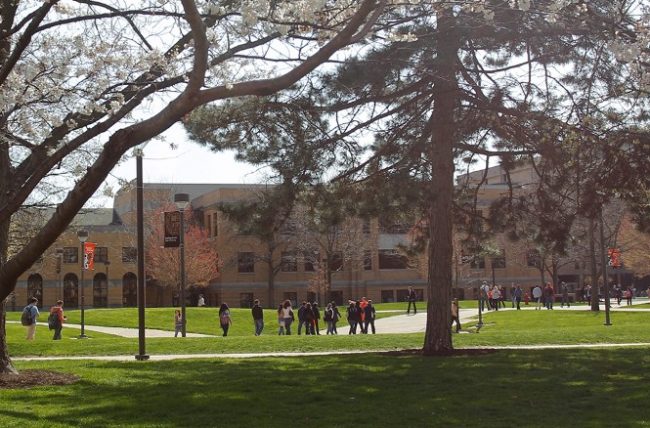 A Bowling Green State University student raised the alarm Monday over the supposed appearance of a Ku Klux Klan rally on campus, which needless to say, turned out not to be a Klan rally.

The student in question tweeted the following, along with video of the “Klansman”:

There’s been an ACTIVE KKK group in Bowling Green, OH since 1922. @bgsu @PresidentMazey soo, how does this promote diversity &a inclusion?? pic.twitter.com/bmoA66Rt0O

Bowling Green actually looked into the incident, and its president soon tweeted that the Klan rally was actually just covered-up lab equipment.

Thanks for sharing, @autumpatrice. We looked into this. We discovered it’s a cover on a piece of lab equipment. pic.twitter.com/plkQTBr9HC

The amusing incident spread like wildfire and mockery ensued, first from students and then from a wider audience.

Lol some girl thought she saw the KKK on campus and it was a covered up piece of lab equipment ?

Were you ever so woke that you mistook a projector with a sheet thrown over it for a KKK rally? pic.twitter.com/tf6rXDj1TQ

I would laugh but these people will be preparing my coffee incorrectly in a few years. https://t.co/nCwfZruFcx

Meanwhile, the student still insists that there’s a Klan chapter somewhere on campus.

@PresidentMazey Thnk u so much for clarifying what this was! even tho the hate group still exists in BG I’m glad this WASN’T what I thought!