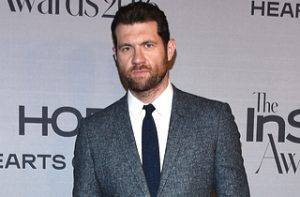 Last night, Meghan McCain took to Twitter to slam Hollywood after Meryl Streep‘s speech. She said that the speech is “why Trump won,” and that if Hollywood doesn’t change its mindset it will “help him get re-elected.”

This Meryl Streep speech is why Trump won. And if people in Hollywood don’t start recognizing why and how – you will help him get re-elected

Billy Eichner replied to her calling her a “f*cking moron” and then sent out a pretty epic series of tweets slamming her and saying he has “no desire to “bridge the cultural divide” with ignorant voters who don’t respect other cultures!”

Now, conservatives are responding to Eichner and not surprisingly, they’re not thrilled with him. Radio host Ben Ferguson went after him for running around “yelling at people with a dollar bill.”

DUDE YOU LITERALLY RUN AROUND YELLING AT PEOPLE WITH A DOLLAR BILL, And you knock @MeghanMcCain actual career. #idiotonthestreet https://t.co/h3MILZQm8c

. @billyeichner probably got his information for a dollar from someone on the street. https://t.co/hj11RwE0zl

Lots of others have criticized him as well.

@MeghanMcCain @billyeichner These are not ppl interested in bridging anything #MAGA pic.twitter.com/opI0YYpbLO

@billyeichner you’re over your head bubble boy.Taking up for Hollywood when they laugh at you and your pseudo-journalism.Fade away snowflake

@MeghanMcCain @SandraHartle @billyeichner One more idiot actor that I can ignore

who’s @billyeichner that we should care what he thinks? No appeasing Left. Their temper tantrum will last for the next four years. ? #MAGA https://t.co/Wf3Orhmine

@billyeichner the problem with your bubble is that you see yourselves as heros and voices for causes. You have no idea of American issues.

@billyeichner John McCain is a hero. He sacrificed so much. Attacking his character is rich. Meryl is not a hero. She lives in Lala land

@billyeichner I am a fan of your show. Please stay out of politics. You are supposed to be a comedian/actor. Its not “Billy on the Politics”