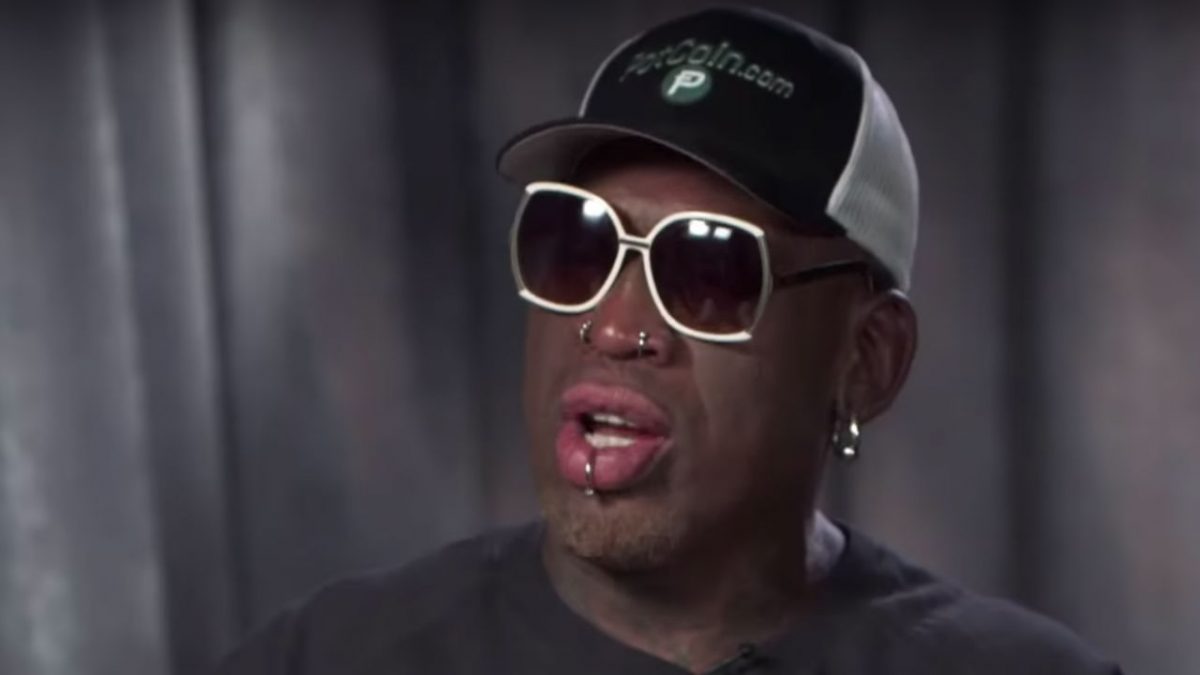 Another American who has met with Kim Jong Un may be in Singapore during that big summit next week.

Per The New York Post, Dennis Rodman himself will actually be there:

Ex-NBA star turned Kim Jong Un soulmate Dennis Rodman will be in Singapore during President Trump’s summit with the North Korean dictator next week, The Post has learned.

“The Worm” will arrive in the country a day before the June 12 sitdown — and sources said he could even play some sort of role in the negotiations.

Rodman has been to North Korea before and recently talked about giving Kim Jong Un The Art of the Deal.

A rep for Rodman said that “no final trip or plans have been made” yet, but added he’d be willing to go if needed.

UPDATE: The venue for the Singapore summit between @POTUS and Leader Kim Jong Un will be the Capella Hotel on Sentosa Island. We thank our great Singaporean hosts for their hospitality.