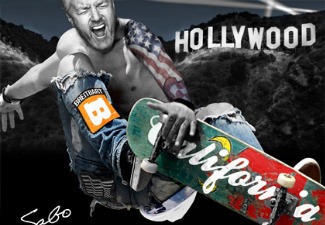 Breitbart’s new street art campaign includes a Photoshopped image of Nancy Pelosi‘s head on Miley Cyrus‘ twerking body (meant to give the site an “edgy” angle), and the head of the Democratic National Committee fired back today against the ad, calling it “disrespectful to all women” and demanding Republican leaders condemn it.

DNC chair Debbie Wasserman-Schultz (who was critical of Republican silence after Rush Limbaugh‘s infamous “slut” remark) put out a statement today denouncing the ad. Here it is in full:

To say the least, the Breitbart News ad is foul, offensive, and disrespectful to all women. It is a disgusting new low and would be reprehensible against any woman – regardless of party. It’s no wonder the Republicans are having problems appealing to women. If GOP leaders are serious about their rebrand, then both their elected and Party leadership should condemn this outrageous behavior, call on Breitbart News to immediately remove the ad, and not continue to use this website as a forum for their views.

Wasserman-Schultz and other Democratic leaders also tweeted their disgust with the ad.