Dr. Ben Carson Forced Out As Johns Hopkins Commencement Speaker — What Does That Signify?

Dr. Ben Carson Forced Out As Johns Hopkins Commencement Speaker — What Does That Signify? 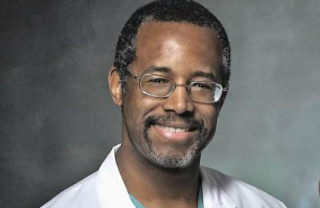 Dr. Ben Carson, pediatric neurosurgeon and notable black conservative, has officially withdrawn from his scheduled commencement address at the Johns Hopkins School of Medicine, stating in a letter:

“Given all the national media surrounding my statements as to my belief in traditional marriage, I believe it would be in the best interest of the students for me to voluntarily withdraw as your commencement speaker this year.”

While the university’s spokeswoman claimed that “this was purely Dr. Carson’s decision,” Dr. Carson’s so-called independent ‘decision’ was actually a response to days of enormous pressure and backlash, with Dr. Carson himself noting that his reason for withdrawing is that he does not want to “distract” from the celebratory nature of the day.

The controversy began last month, when Dr. Carson, asked about his views on same-sex marriage, stated:

Marriage is between a man and a woman. No group, be they gays, be they NAMBLA, be they people who believe in bestiality, it doesn’t matter what they are — they don’t get to change the definition.

Many (wrongly) misread this as a comparison of same-sex marriage and bestiality, prompting cries of protest against Dr. Carson, with some even calling for the neurosurgeon’s resignation from his long-held post at John Hopkins. A firestorm of criticism and attacks against Dr. Carson ensued.

[A]s a Christian, I have a duty to love all people, and that includes people who have other sexual orientations, and I certainly do…. If anyone was offended, I apologize to you. What I was basically saying is there is no group. I wasn’t equating those things, I don’t think they’re equal. If you ask me for an apple and i give you an orange you would say, that’s not an orange. And I say, that’s a banana. And that’s not an apple either. Or a peach, that’s not an apple, either. It doesn’t mean that i’m equating the banana and the orange and the peach.

This apparently was not enough to calm the flames. Carson continued to be attacked. A week later, he again apologized, this time even more strenuously, in a letter to the John Hopkins community that was circulated by the media:

As you know, I have been in the national news quite a bit recently and my 36 year association with Johns Hopkins has unfortunately dragged our institution into the spotlight as well. I am sorry for any embarrassment this has caused,” wrote Carson, who is the director of pediatric neurosurgery at Johns Hopkins Hospital. “But what really saddens me is that my poorly chosen words caused pain for some members of our community and for that I offer a most sincere and heartfelt apology. Hurting others is diametrically opposed to who I am and what I believe…. There are many lessons to be learned when venturing into the political world and this is one I will not forget. Although I do believe marriage is between a man and a woman, there are much less offensive ways to make that point. I hope all will look at a lifetime of service over some poorly chosen words.

Apparently that was not enough, either, leading to his ultimate withdrawal today.

As reported by the local Baltimore Sun, some are disappointed, and questioning the significance of, this outcome of events:

“I think it was unfortunate that he was encouraged to step down because he was expressing his First Amendment rights on this issue,” said David A. Ferguson, head of the Maryland Republican Party. “I don’t think it’s fair. I don’t think it’s in the spirit of the university environment where you’re supposed to respect diversity of opinions.”

Derek McCoy, whose group Maryland Family Alliance opposes same-sex marriage, said Carson should not have stepped down and that liberals’ tolerance of views is one-sided when it comes to gay issues.

“Here you have a doctor who has had an incredible, impeccable medical career, but yet because he makes a fundamental stance about what he believes about marriage, he is suddenly ostracized,” McCoy said.

So, Dr. Carson, the director of pediatric neurosurgery, associated with the university for 36 years, and world renowned medical pioneer… is forced to renounce as a commencement speaker because of his views. And, were it not for the fact that the doctor is on the cusp of retirement, calls for his dismissal from Johns Hopkins entirely would be everywhere.

File Dr. Carson’s saga as yet another entry in the ongoing, tragic chronicles of black conservatives. What more evidence is needed of this epidemic? Censorship, violence, insults, slurs, livelihood threatened, great Americans ostracized — but what’s that you say about blacks conservatives having free speech?