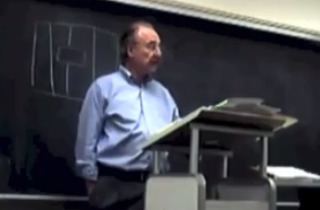 University of Southern California professor of political science, Darry Sragow, was recently caught on camera by a student going off on a series of extended rants lambasting the Republican Party and its members as “losers,” “stupid,” and “racist.” In a 15 minutes compilation of Sragow’s greatest hits, assembled by USC student Tyler Talgo, the professor of politics also appears to endorse the illegal suppression of Republican votes.

RELATED: Professor Bans Students From Using Fox News As A Source: It ‘Makes Me Cringe’

Sragow called the California GOP “really stupid and racist,” as evidenced by the fact that they are only 30 percent of registered voters in the Golden State. He said that the party in California is comprised of mostly whites. “Losers,” Sragow opined.

“Republicans are trying to prevent people of color and people of lower income from voting by requiring voter ID,” Sragow declared. He went off on a number of reasons why he thinks “old white guys,” who are “stubborn sons of bitches,” are an impediment to political reforms.

The video, taken during the height of the 2012 presidential campaign, features Sragow lambasting “George Romney,” the father of 2012 presidential nominee Mitt Romney and the 1960s-era governor or Michigan. “Romney tends to make shit up,” the professor exclaimed.

“Ann Romney to me looks like she’s out of 1955 and the women who are going to have to decide the race are women who have to work for a living,” he continued, again appealing to the ‘60s-era references. “She looks like she is hanging out at the country club in Mad Men.”

He also turned to his political science class and claimed that Al Gore “won” the presidency in 2000, but lost the election due to entrenched powerful interests.

Later, Sragow informed his class that “there’s lots of ways” to keep Republicans from voting, including sabotaging electoral informational mailers. “You lose their information on the election in the mail,” he suggested.