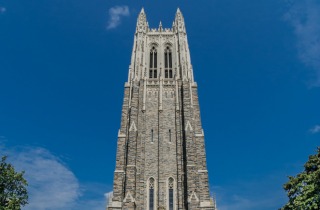 Duke University is backing away from a proposal earlier this week to allow a weekly call to prayer for Muslim students at the Duke Chapel bell tower. The proposal would have involved, according to WRAL, members of the Duke Muslim Student Association chanting the adhan every Friday at 1 pm for about three minutes.

The university’s Muslim chaplain said, “The collective Muslim community is truly grateful and excited about Duke’s intentionality toward religious and cultural diversity.”

The proposal was heavily criticized by Reverend Franklin Graham, who posted on Facebook that this is an insult because “Christianity is being excluded from the public square and followers of Islam are raping, butchering, and beheading Christians, Jews, and anyone who doesn’t submit to their Sharia Islamic law.” He called for donors and alumni to withhold support until the policy is reversed.

“Duke remains committed to fostering an inclusive, tolerant and welcoming campus for all of its students,” said Michael Schoenfeld, vice president for public affairs and government relations. “However, it was clear that what was conceived as an effort to unify was not having the intended effect.”

The call to prayer will now take place on the quadrangle outside the chapel.

Watch the report from WRAL below: