Eric Trump Swipes at CNN Over Ratings Report: People Are Tired of Their ‘Constant Negativity’ 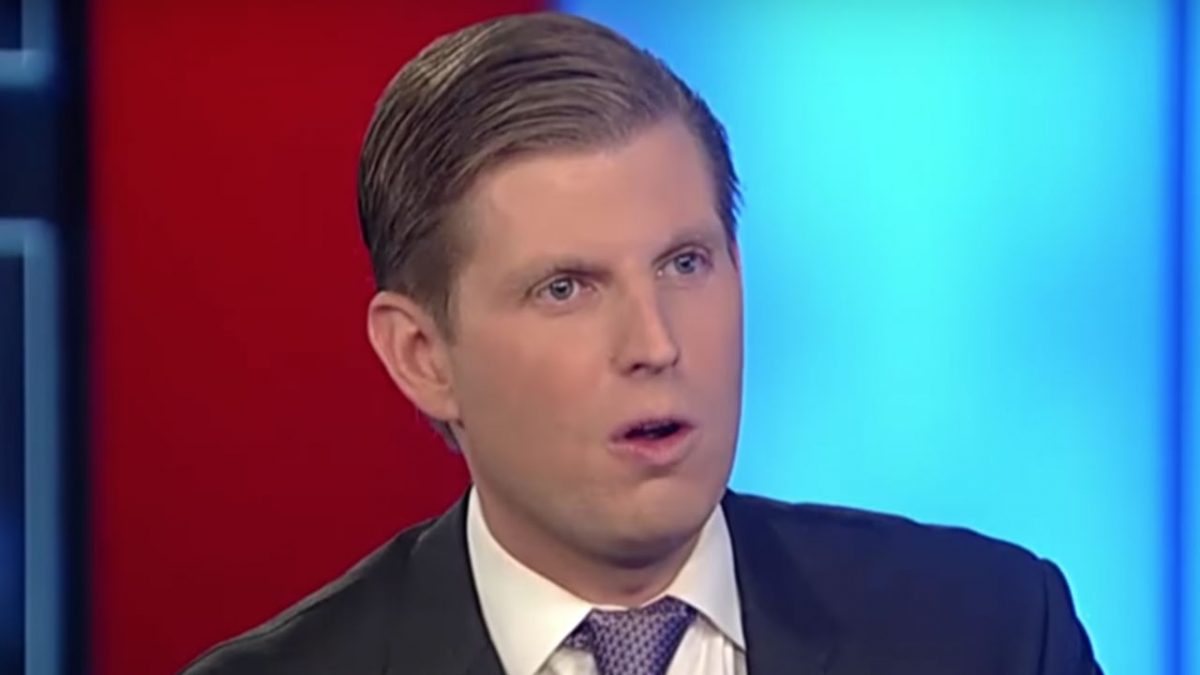 The President’s son shared a Daily Caller piece “CNN Loses in Quarterly Ratings to Home and Garden Television” and tweeted, “Not surprising, people are sick and tired of @CNN’s constant negativity. They have become unwatchable.”

Not surprising, people are sick and tired of @CNN’s constant negativity. They have become unwatchable. https://t.co/QSr6jsDA4B

OMG?: “In primetime, CNN lost to HGTV, Investigation Discovery, the History Channel, the Discovery Channel, and the Food Network.” https://t.co/Qafdp4t7w8

And, of course, President Trump himself has knocked CNN’s ratings multiple times as President:

Just heard Fake News CNN is doing polls again despite the fact that their election polls were a WAY OFF disaster. Much higher ratings at Fox

Bad ratings @CNN & @MSNBC got scammed when they covered the anti-Trump Russia rally wall-to-wall. They probably knew it was Fake News but, because it was a rally against me, they pushed it hard anyway. Two really dishonest newscasters, but the public is wise!

Check out the fact that you can’t get a job at ratings challenged @CNN unless you state that you are totally anti-Trump? Little Jeff Zuker, whose job is in jeopardy, is not having much fun lately. They should clean up and strengthen CNN and get back to honest reporting!