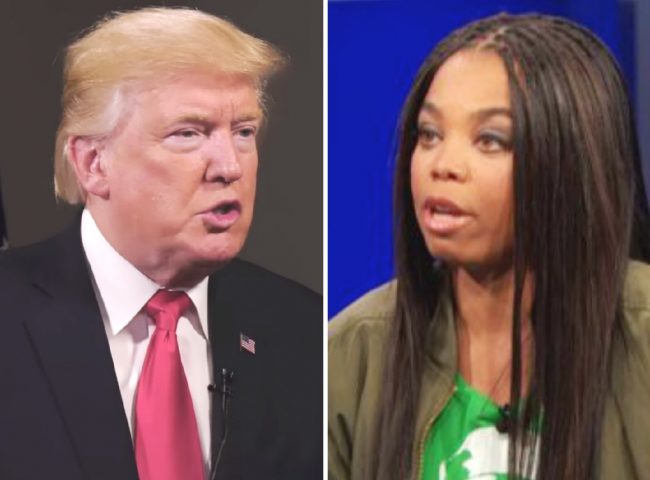 President Donald Trump wasted little time Tuesday going after ESPN anchor Jemele Hill — who was suspended two weeks by her network on Monday for violating the company social media policy after seeming to encourage a boycott of Dallas Cowboys advertisers. In an early morning tweet, the President took a shot at both Hill and ESPN following the announcement of the suspension.

“With Jemele Hill at the mike, it is no wonder ESPN ratings have tanked,’ in fact, tanked so badly it is the talk of the industry!” Trump wrote.

A number of Hill’s colleagues did not take kindly to this comment, with several making their displeasure known on Twitter.

Stop attacking our colleague Jemele Hill, any other journalists or media entities. We are doing our work. https://t.co/AygiHLUX0y

This is why companies & their employees are having trouble handling this presidency. How can we respect the office when he doesn’t? (1/) https://t.co/5io0ckhh1E

(6/) But @jemelehill doesn’t deserve to be disrespected for standing up for what’s right, she should be commended, supported & admired.

(9/) I don’t have all the answers, but I know @jemelehill isn’t the problem. We need to come together in the name of what really matters.

just over here tweeting about sports

Compromise your integrity? Compromise for comfort?Where can you speak or say how you feel? Or is it about how you say it?