Even for a Toxic Waste Dump like Gawker, this Trump Voicemail Story is Truly Craptastic
Opinion

Even for a Toxic Waste Dump like Gawker, this Trump Voicemail Story is Truly Craptastic 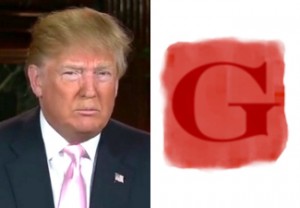 In a campaign season full of complete and utter garbage, Gawker has now entered a whole kind of toxic dump.

Per the online publication Friday afternoon:

Early Thursday morning, Gawker received an anonymous email with an attachment that purported to contain recordings from Donald Trump’s voicemail inbox. Among the recordings were messages left for Trump by various celebrities—most notably, MSNBC’s Joe Scarborough, Mika Brzezinski, and Tamron Hall… Though we could not determine the exact dates of the messages, several of them make references to the events of the 2012 presidential campaign season.

No, really…this kind of insidious “reporting” of someone’s personal private voicemail – with messages likely left years ago — is what passes for big news these days. Here’s a little background for anyone with an ounce of lucidity: Donald Trump once worked for NBC as host of The Apprentice. Therefore, he oftentimes worked out of the same building as Scarborough, Brzezinski and Hall at 30 Rock.

Just a guess… but maybe they all were friends at that time. It’s likely they still are. Newsflash: Politicians and media members, particularly those on the editorial side, are actually friendly with each other. Bill O’Reilly, for example, has gone to Knicks and Yankees games with Trump in years past. He doesn’t hide from it nor should he. Because before running, Trump was an A-List celebrity in New York… has been for 30 years. A-listers tend to hang out, you know, with each other from time to time.

But this gets even better. Here’s the completely ambiguous voicemail from Scarborough and Brzezinski to Trump that was left in a year – let alone date — that can’t confirmed at this time:

BRZEZINSKI: Hi, Donald. It’s Mika and Joe calling. Say hi, Joe.
SCARBOROUGH: Hey there, Donald. How you doing?
BRZEZINSKI: We’re just leaving you a message because we’re trying to get in touch with you, but you must be, like, on your jet or something. We’d love to talk to you, so call one of us. What’s your other number, Joe?
SCARBOROUGH: I’m at [REDACTED]. And the kids want to scream “Thank you,” to you, Donald. Say, “Thank you, Donald.”
CHILDREN: Thank you!
SCARBOROUGH: We are so, so grateful for everything, Donald, and we just want to call you and tell you how much it means to us.
BRZEZINSKI: It was amazing. Thank you, Donald. Hope to talk to you soon. Bye.

Oh my God. I just read the transcripts! Trump must have contributed to a children's charity. Scandalous!!! https://t.co/BxcZCdSkQb

Through the years, we asked Trump (and many others) to contribute to various charities, including David Axelrod's CURE charity for epilepsy.

And for the record, we knew Trump as a fellow NBC employee. We always asked colleagues for charitable gifts. https://t.co/BxcZCdSkQb

But wait, Gawker digs even deeper:

There were (also) messages from longtime Barack Obama advisor David Axelrod, New England Patriots quarterback Tom Brady, and boxing promoter Don King, all of whom spoke to Trump in a friendly and familiar manner.

Am I missing something? Seriously. Because the next dot this comically bad story attempts to make mocks Trump for not securing his voicemail, and then has the audacity to call him hypocritical for criticizing Hillary Clinton for her use of a private server out of her home while she was Secretary of State… as if these situations are remotely on the same planet. At last check, Trump was a private citizen with a voicemail, just like any other private citizen in the country. Clinton is currently under FBI Investigation and may very well be indicted while possibly putting national security at risk.

You can’t make this up, per Gawker again:

This is particularly interesting given the fact that Trump has consistently blasted Hillary Clinton for her use of an insecure private email server during her time as Secretary of State.

Just a few weeks ago, at a rally in Tampa , Donald Trump expressed shock at the sheer mass of Hillary’s accumulated emails, saying that he himself is not a “big believer” in using email because “once you type it, it’s not good… I go to court and they say ‘produce your emails.’ I say ‘I don’t have any’ and the judges don’t believe it. After you win the case, they say ‘now I know that you’re really smart.’”

Unfortunately for Trump, it would seem that his voicemail isn’t much safer.

You know what… I can’t even comment on this anymore. The genius authors, Ashley Feinberg and Andy Cush… who really have a big future ahead of them, don’t deserve any more free promotion. I’m not even going to link it here.