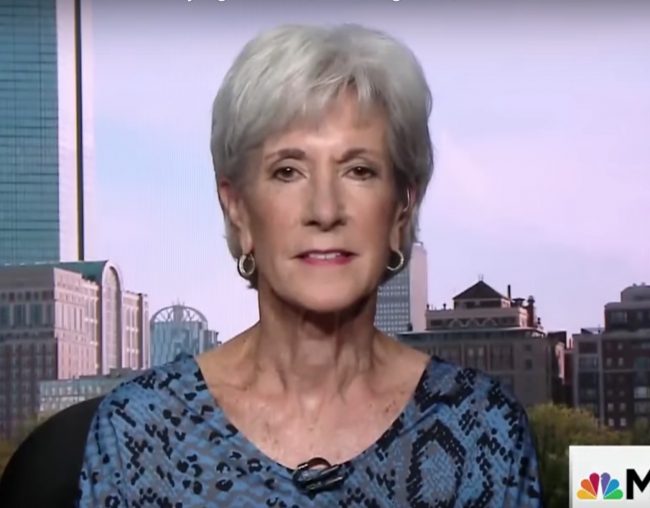 A former Cabinet official under President Barack Obama is blasting Democrats who, in her view, attacked women who accused former President Bill Clinton of sexual misconduct — Democrats including Hillary Clinton.

In a podcast interview with David Axelrod, former Health and Human Services Secretary Kathleen Sebelius slammed those who tried to discredit women who spoke out against Bill Clinton — the most prominent of whom, in recent weeks, has been Juanita Broaddrick, who accused the former President of raping her in 1978.

“Not only did people look the other way, but they went after the women who came forward and accused him,” Sebelius said. “And so it doubled down on not only bad behavior but abusive behavior. And then people attacked the victims.”

As to whether it was fair to extend such criticism to Hillary Clinton, Sebelius said, “Absolutely.”

The former HHS Secretary, who served from 2009 until 2014, went on to say that many of those who have been accused of sexual misconduct in recent months have essentially followed the Clinton playbook from those earlier scandals.

“[Y]ou can watch that same pattern repeat,” Sebelius said. “It needs to end. It needs to be over.”

Sebelius added, “It breaks my heart is to know that here we are 40 years later, and very much the same atmosphere prevails. And it’s about power, it’s never been about sex. It’s all about power. And men who have power over women use that power and all kinds of ways.”