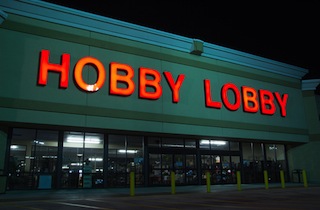 Two days after the Supreme Court ruled in the so-called Hobby Lobby case that closely-held corporations did not need to comply with a federal mandate requiring contraception be covered as a preventative measure in employer-provided health care, other groups want in.

Justice Samuel Alito’s narrowly-written majority opinion, which was seemingly tailored to apply specifically to the complaint brought before the courts, explicitly denied that its logic could be used to allow a religious exemption for discriminatory hiring practices.

Per the Atlantic’s Molly Ball, that’s what a group of faith leaders requested in a letter to the Obama administration Tuesday, asking for a preemptive exemption for faith-based groups from an executive order prohibiting federal contractors from discriminating against the LGBT community in hiring practices. “We are asking that an extension of protection for one group not come at the expense of faith communities whose religious identity and beliefs motivate them to serve those in need,” the letter read.

The letter comes from faith leaders that have worked with or in the White House. They stressed that the request was not “antagonistic” but that following the Hobby Lobby decision “the administration does have a decision to make whether they want to recalibrate their approach to some of these issues.”

“I am a very strong supporter of LGBT rights, and I am really excited about the prospect of extending provisions against discrimination in federal contracts,” said Stephen Schneck, former cochair of Catholics for Obama. “But I am also aware that this is an issue that provokes real differences among some of the most important religious organization on the front lines of providing care for the poorest and most vulnerable.”

The administration has not released the executive order yet, but the Employment Non-Discrimination Act, the Congress-stalled bill that inspired it, does include a carve out for religious institutions.