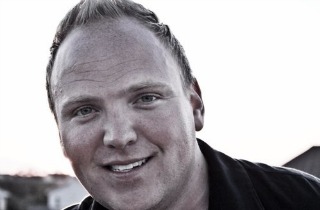 Last week, News 12 Bronx anchor Matt Pieper got caught on a hot mic swearing and saying some pretty questionable things about welfare recipients. Well, today he posted a lengthy apology and explained that he was not speaking his own words.

Pieper had said some pretty negative things about people on welfare, like that parents need to “do their fucking jobs and walk their little kids to school on their own, and not rely on everyone else.”

In a statement posted to Twitter today, Pieper wanted to make it clear that those were not his own thoughts, he was simply relaying a message someone else asked to give to one of their reporters.

Pieper also revealed towards the end of the statement that he’s been fired as a result of the controversy surrounding those comments.

His statement in full, below:

As a professional who has spent his entire career delivering the news, I understand the importance of sharing the facts. The situation that transpired on September 24th was extremely unfortunate and I feel the need to communicate what occurred and clear the air. The incident was broadcast accidentally when we were supposed to be in a commercial break, not on the air. Someone in the control room spoke into my earpiece and asked me to relay a message to our reporter out in the field. These were not my own thoughts or profanities. In relaying that information, I made a poor decision in my choice of words and for that I apologize. I could have communicated what I was asked to get across in a different manner and under the pressure of doing my job in real time I made a mistake. I have been a stalwart advocate for equality and diversity in the workplace, within my own family and in my community. I apologize to anyone I offended and assure you that this situation—which has cost me my job—was truly just a mistake in relaying a message, and not a representation of my views or character.

You can watch the initial incident here: