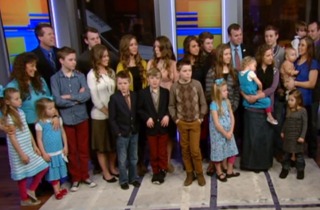 Five women have sued a Christian home school program once used by the Duggar Family of 19 Kids and Counting fame for allegedly covering up rampant child sexual abuse.

According to the Washington Post, Gretchen Wilkinson, Charis Barker, Rachel Frost, Rachel Lees and a woman identified only as Jane Doe are collectively seeking $50,000 in damages from the Institute in Basic Life Principles (IBLP) in Oak Brook, Ill. They accuse the program of enabling and covering up several cases of sexual abuse and harassment.

David Gibbs III, the attorney representing the women, said in an interview the women decided to litigate only after unsuccessful efforts to address the issues with the IBLP board of directors, who are also named in the lawsuit. Gibbs added that his clients did not want to sue, but that the board “rather stubbornly and in my opinion rather arrogantly basically challenged the girls to bring the case.”

The IBLP was founded by Bill Gothard, who stepped down as its president last year following allegations of sexual harassment from over 30 women.

When they were alone with him, they say he inappropriately touched them. Sometimes, he added in an interview, a driver would take the pair out for ice cream, for example, and “inappropriate touching” would take place in the back seat of the car.

If they pulled away or rejected the advances, Gibbs charged, Gothard or another IBLP leader would “call the parents and share with them all the allegations of abuse that were shared in counseling, and then send the children back into those environments.”

The Christian home schooling organization recently gained notoriety when it was revealed that Josh Duggar was sent to its training center after he admitted to sexually molesting five young girls. His parents, Jim Bob and Michelle Duggar, had been members of the IBLP’s so-called Advanced Training Institute for years.