Fox News’ Campos-Duffy Defends Comment About Detention Centers: ‘I HAD Just’ Spoken to an African-American

Fox News’ Campos-Duffy Defends Comment About Detention Centers: ‘I HAD Just’ Spoken to an African-American 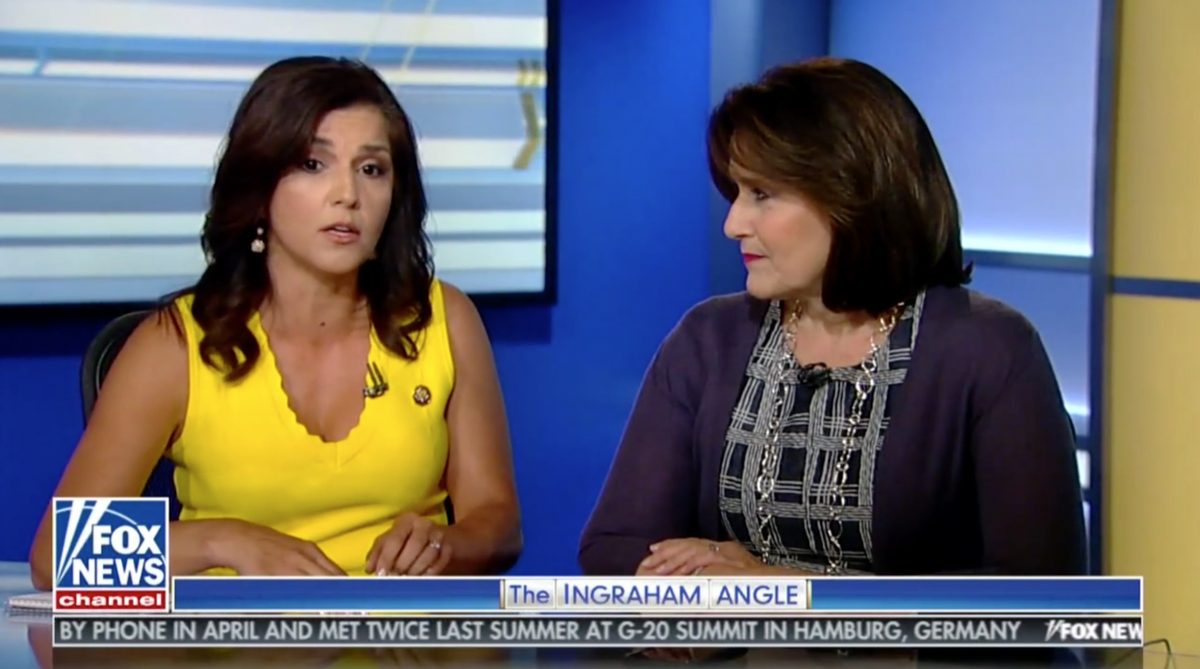 On The Ingraham Angle, Campos-Duffy actually said, “I spoke to some African-Americans who say, ‘Gosh, the conditions of the detention centers are better than some of the projects that I grew up in.'”

That comment raised a ton of eyebrows, and the New York Times report on her remarks includes new comments by Campos-Duffy defending what she said.

She said she does have compassion for the children in those centers, saying, “The centers are not ideal, but they are safe, supervised, and provide three square meals, instruction and other resources. Those are indeed better conditions than many poor American children have.”

As for her claim that she spoke to African-Americans who had that favorable comparison, well…

Ms. Campos-Duffy did not directly address criticism that associating black people with public housing was a stereotype. She said that she based her comment on a recent conversation with one man who is African-American, not multiple African-Americans, as she originally stated.

“I mentioned it because I HAD just spoke to an African American who complained to me about never seeing this level of media attention about Black kids being separated from their parents and that some of the facilities he saw looked nicer and safer than the projects he grew up in,” she wrote.

She added to the Times that “conservative minorities are accustomed to being attacked for telling the truth.”