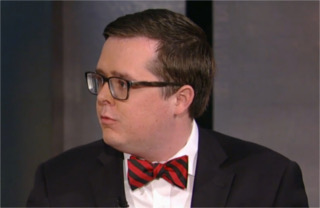 A South Carolina native, Hill is looking to run against Senator Lindsey Graham — who he slams as “the biggest Never Trumper” in the Senate. Hill is an ardent supporter of President Donald Trump and frequently appears on Fox News, Fox Business, and CNN to stump for the president.

In a series of Trump-like tweets, Hill asserted that because Graham won South Carolina’s Republican primary with 178,000 votes, if he can out-do Graham’s numbers in an online Twitter poll then the logical conclusion would be to run against him in 2020.

The poll received a large response from the MAGA community on Twitter, as it has over a thousand replies and 20,000 votes with roughly 95 percent of respondents supportive of his run.

Responses from Twitter users who want Hill to run for Senate include, “Sweet baby Jesus…YES!!!!!” and “You have my vote Harkan and I will stump for you. I live in SC. Please do this for our country.”

You have my vote Harkan and I will stump for you. I live in SC. Please do this for our country??

Though, one self-identifying “deplorable” wasn’t sold on the idea of trusting polls just yet, stating “Don’t trust polls. That’s what dems do.”

Hill has admitted, however, that this Twitter poll is — shockingly enough — “not scientific,” citing that its purpose is to “gauge interest in my candidacy in RAW numbers” and see the level of support “from the national #TrumpTrain.”

Hill started a “Democrats for Trump” organization, proving that Ivanka and Eric Trump weren’t the only Democrats to support the current president. Hill’s campaign activism work included tweeting a lot, following tens of thousands of people on Twitter, and frequently appearing on Fox News to convince the many fellow Democrats watching to switch to supporting Trump.

Hill also serves on the advisory board of Donald J. Trump for President — which is the president’s 2020 re-election initiative. He has over 155,000 followers on Twitter, follows over 44,000 accounts, and ends many of his tweets with simply “#MAGA” and an American flag emoji — because of course he does.

He tweeted this morning that he is no longer a member of the Democratic Party, slating him to slide into the Senate as a Republican or independent in 2020 to possibly work alongside Senator Kid Rock.