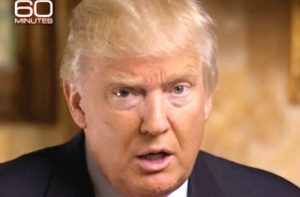 Donald Trump may be ignoring his daily intelligence briefings, but luckily, he is still getting his information from Twitter conspiracy cranks.

Winning the electoral vote was not enough for Trump. The president-elect is apparently so stung by the fact that he lost the popular vote by 2.2 million votes (and counting) that he has tried to delegitimize the result by amplifying a bogus claim about “millions of people” voting illegally.

“In addition to winning the Electoral College in a landslide, I won the popular vote if you deduct the millions of people who voted illegally,” Trump tweeted on Sunday.

Specifically, he claims voter fraud took place in New Hampshire, Virginia, and California — all of which he lost.

As multiple fact checkers have pointed out, this is absolutely untrue and there is no evidence to suggest that anything of the sort happened.

The provenance of this myth lies in a series of unverified tweets by conservative activist Gregg Phillips, who tweeted days after the election that he was sitting on proof that people voting illegally stole the popular vote from Trump.

Phillips has declined to share his evidence with journalists, or anyone else, asserting that he will release his methodology and data to the public directly so that the media can’t “spin” it. As of Monday morning, Phillips was still insisting that was his plan.

Been consistent from the outset.

We will release all methodologies, data and analysis directly to the public.

Not allowing media to spin

The fib was picked up on the conspiracy theory site InfoWars, a repository for Sandy Hook trutherism, New World Order intrigue, and ads for enhancements to male virility. (Trump greatly admires and respects the site.)

In the weeks leading up to the election, when he was trailing in the polls, Trump alleged multiple times that there was going to be voter fraud at the polls.