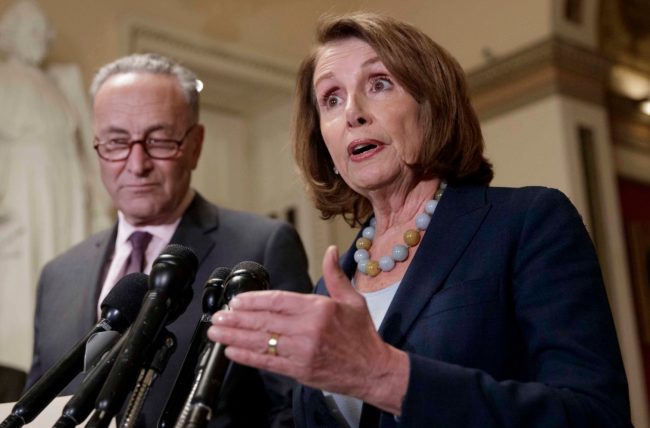 “Chuck Schumer shouldn’t be telling us the issues the Democratic Party will focus on in 2018 – we should be the ones setting the agenda!”

“It’s time as progressives that we stop letting the Democratic Party leadership take us for granted.”

“The Democratic Party leaders again want us to be ‘Republican lite’ –when will they learn that’s a losing idea?!”

Those were the gist of the comments I heard from progressive listeners who called my SiriusXM radio show the last two days to share their views on the Democratic Party’s new plan to win in 2018 titled, “A Better Deal.”   And my show airs on  SiriusXM radio’s Progress channel – the number one progressive political talk network in the country – so many would’ve expected more support for the Democrat Party’s new plan.

So, what is the “Better Deal” about? As Chuck Schumer wrote in the New York Times, it focuses on three areas: “First, we’re going to increase people’s pay. Second, we’re going to reduce their everyday expenses. And third, we’re going to provide workers with the tools they need for the 21st-century economy.” The most concrete proposal offered was championing a $15 minimum wage.

That is why I’m writing this –in the hopes of making them understand that they are way off the mark.  Now I will say that many –including myself- applauded that Democratic leaders are focused on moving the party from just being anti-Trump to championing our own ideas. Opposing Trump and the threat he poses to American values and our nation is vitally important.  But we need to make a case for why the Democratic Party is truly the party that will help more Americans and their families.

And to do that we can’t be timid. We can’t offer up focus group approved ideas. We must be bold. Pragmatism must give way to progressivism. That is the only thing that will inspire people to vote, to make phone calls for candidates, to knock on doors, to donate money, to attend rallies, etc.

In speaking to progressives on my show from across the country, it’s clear what they want the Democratic leaders to be pushing for. Topping the list is “Healthcare for All”–an idea that a June Pew poll found 60% of ALL Americans now support as well as 80% of Democrats.

Other issues raised frequently by my listeners are “Education for All,” which will enable people to attend college or vocational schools if they lack the financial means. Close behind is “Voting for All,” which means that the Democratic Party needs to make it clear that our party Is the one who wants to make it easier for people to vote – early election days, automatic voter registration at 18, etc. – while the GOP is the party of voter suppression.  No need to be PC about this- the goal of the GOP “Voting Id” scheme and cross check is to disenfranchise voters who oppose them by any means necessary.  That’s why federal courts from Texas to North Carolina and more have struck down GOP “Voter Id” laws as violating the United States Constitution because they were clearly designed to suppress the votes of Blacks and Latinos.

And there are other issues progressives want the Democrats to unapologetically support including “Criminal Justice for All” (rooting out discrimination in our criminal justice system) and a “Living wage for all.” (At least the “Better Deal” did address raising minimum wage.)

The reality is that there’s no guarantee that the Democrats will win either the 24 House seats or the three Senate seats we need to take back either chamber of Congress. But one thing is sure: our best chance for doing that is by inspiring passion, not a yawn.

It’s time the Democratic leadership listen to the base and let the grassroots sent the agenda. So far, your ideas have brought us to where we are now with Republicans in control of the White House, Congress, 33 governorships and nearly two thirds of the state Legislatures. As the Daily Show’s Trevor Noah put it last night after mocking the “Better Deal” as being “as fresh as cold pizza,” if the Democratic leaders continue down this uninspiring path, “At this rate by next year, San Francisco will have elected Mayor [Sean] Hannity.”

Bottom line: How many more races do Democrats have to lose before the leaders start listening to the base?!