All Hope is Lost

Hope Hicks’ Replacement Could Reportedly Be Mercy Schlapp or Tony Sayegh, Who Have Been Gutting Each Other 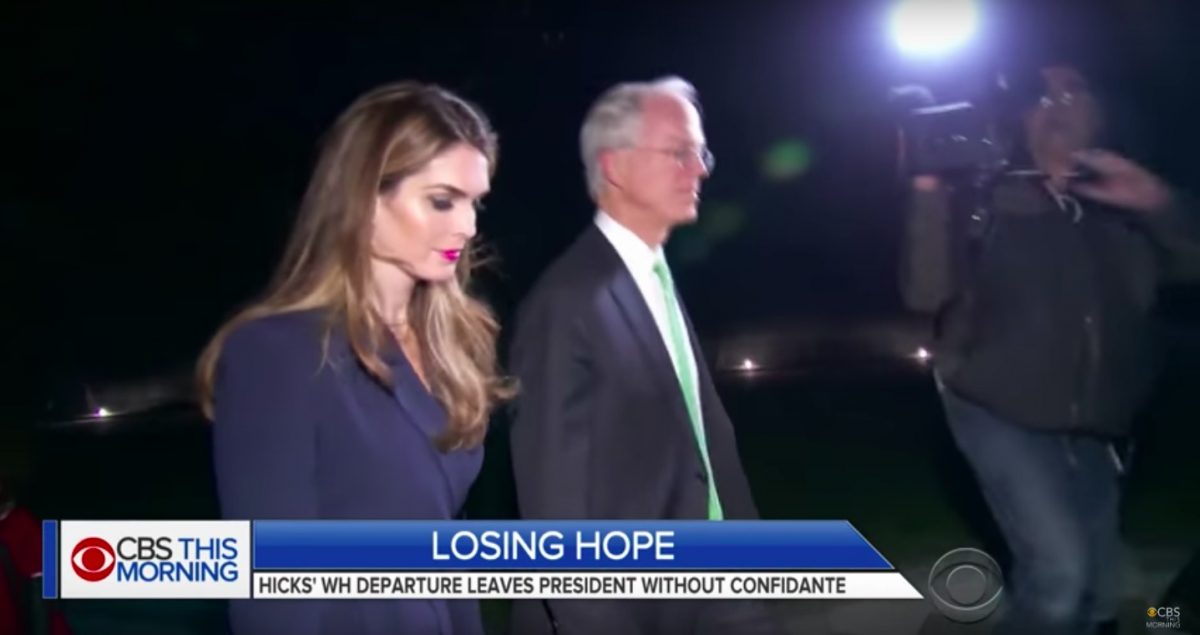 White House Communications Director Hope Hicks is departing the White House today, and according to New York Magazine‘s Olivia Nuzzi, “The race to fill the Hicks void is a clandestine parade of all the worst human impulses.”

Nuzzi reports that two early frontrunners for the job are director of strategic communications Mercy Schlapp and Treasury Department spokesperson Tony Sayegh, who were both former Fox News contributors (big surprise), and who have wanted to kill each other over the job (even bigger surprise).

Most of the vitriol is reportedly on the Schlapp side: Former White House officials speculate that with the help of her husband, American Conservative Union chairman Matt Schlapp, she has been trying to smear Sayegh, who worked extensively with and is well-liked by Hicks, in conservative media. Not only would Mercy’s rise signal success for her, but it would also prop up her husband; after Schlapp joined the White House, Matt’s lobbying firm’s income nearly doubled.

And though Schlapp denies going after Hicks when the comms director became the subject of scrutiny, a former White House official said that “she went after Hope with a fucking full knife right away.”

The White House initially indicated that both Schlapp and Sayegh wanted to be interviewed for Nuzzi’s piece, but then instead provided New York with a statement from deputy press secretary Hogan Gidley saying that “this palace intrigue nonsense is all ridiculous.”