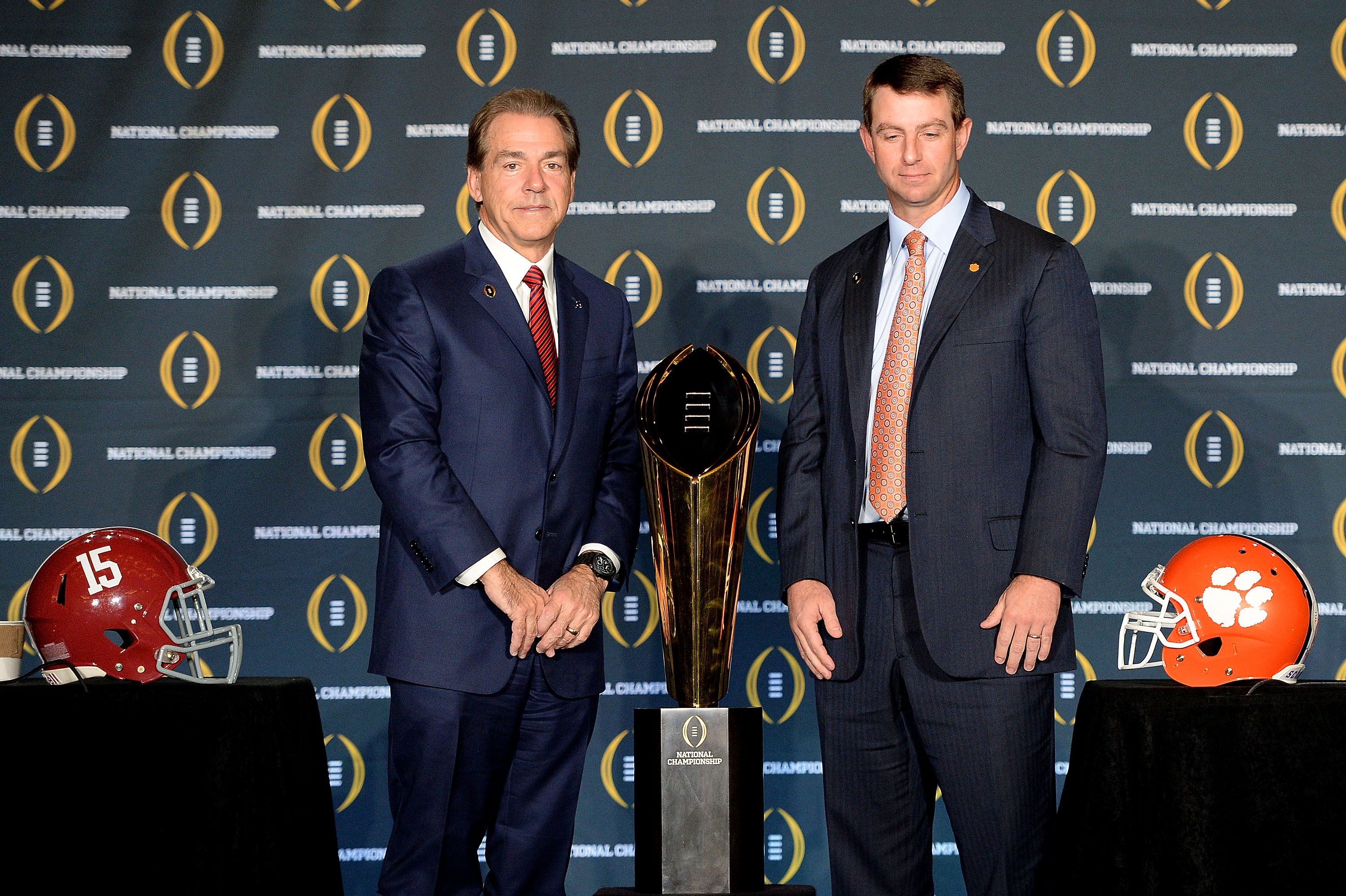 They’ve been, by a wide margin, the two best programs in college football for the past five years. And on Monday night, they will meet, once again, for the National Championship. It’s the Alabama Crimson Tide vs. the Clemson Tigers, live from Levi’s Stadium in Santa Clara, CA.

The Crimson Tide have been a machine all season — but their last two games have been tricky. Georgia appeared to be on their way to victory before backup quarterback Jalen Hurts rescued his team, and propelled the Crimson Tide into the playoffs undefeated. Then, after racing to a 28-0 lead against Oklahoma, Alabama survived a furious rally by the Sooners — eventually prevailing 45-34. But with superstar sophomore quarterback Tua Tagovailoa leading a roster filled with surefire first round NFL draft picks, this team is just miles better than almost anyone it faces.

The one team, possibly, who has the talent to keep things close against the Crimson Tide is Clemson. Their potent offense — led by hotshot freshman quarterback Trevor Lawrence, and terrific sophomore running back Travis Etienne — figures to be a challenge for the Alabama defense. To keep the game close, the Tigers defense — which held Notre Dame to just 3 points in the National Semifinal game on Dec. 29 — will need to come up big again.

Kickoff for the game is shortly after 8:00 p.m. ET. Chris Fowler and Kirk Herbstreit will call the action. The game will air live on ESPN. It will also be streamed online, via ESPN, free with a cable subscription. The ESPN app can be downloaded from Apple’s iTunes Store, and the Google Play store.