INTERNET: This Friday, Reddit Will Edit Part Of Hulu’s Homepage 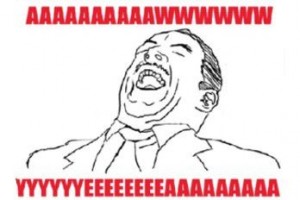 Reddit, for those unfamiliar, is a user-submitted news website where you can discover links to stories about, say, a flesh-eating homemade Russian drug (“Drugs are so bad!” – Super 8), and original news items like the ongoing tale of a guy currently trying to decipher a message left by the Zodiac killer. Redditors can vote stories up or down, so that only the strong survive. It’s fun, sometimes controversial, and an amazing black hole quickly sucking up the entirety of your work day. Hulu, meanwhile, is a site where a certain Mediaite editor used to watch SoapNet’s Canadian time traveling series, Being Erica. Now, for the first time ever, the two are combining forces.

A Hulu editor named “Ben” sent Reddit an invitation to guest edit a portion of the site’s homepage for a day. Below, “Ben” breaks down how it’ll work:

Here’s the deal: After a nice cellular phone conversation with the glorious folks in the reddit offices, we’ve decided to portion out the “Featured Content” section on our homepage for reddit use on Friday.

Then you’re going to post it on this here thread. The highest-ranked video gets a spot all its own on the home page. The top ten get compiled into a playlist that we’ll feature right underneath it.

So, anyway. That’ll be exciting! Look out for it this Friday.