Is The Charlie Sheen Crazy Train About To Crash Into The World Of Political Punditry? 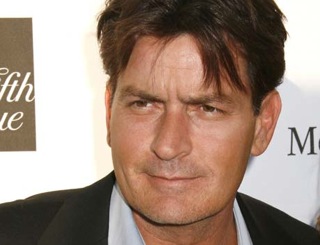 Charlie Sheen is out for blood. Making his first major media appearance since his latest tragic excesses went public, Sheen spoke to radio host Alex Jones today and attacked everyone from Alcoholics Anonymous to his boss to Thomas Jefferson. While doing little to restore faith in his sanity, he touched one of the most inflamed nerves in post-Tea Party America by going after the patriot and, by visiting a program like Alex Jones to begin with, may be wanting a path to punditry.

Most of his interview with Jones centered around his private life and his career as he rambled about the “goddesses” he dates, the “Vatican assassin warlocks” he works with, and the great fiction that is substance addiction (“I’m cured,” he assures Jones, “I’m done.”). Of the most political significance is the aforementioned slam of Jefferson and attacks of “Bible-clingers” that disapprove of his “bitchin'” lifestyle. There is a remarkable amount of material to work with in the 18-minute interview.

Of course, the entertainment media will have a field day with Sheen’s self-proclaimed “100% success rate” in avoiding addictions and claims that Alcoholics Anonymous is a “bootleg cult,” not to mention that total war he seems to have started with Two and a Half Men creator Chuck Lorre. But we’ll leave what’s Caesar’s to Caesar and get to the real meat and potatoes of this remarkable media appearance: (1) why is Charlie Sheen commenting on the masculinity of our Founding Fathers in public and attacking “Bible-clingers” and (2) what is Charlie Sheen doing making media appearances on The Alex Jones Show anyway?

Alex Jones, for those who may not recall the name, is a radio host that describes himself as something of a “libertarian” but, in actuality, does things like propagate that terrifying image of President Barack Obama as The Joker and getting arrested for things like “operating a bullhorn without a permit.” A sampling of the menu on Jones’ webpage, InfoWars.com, today naturally includes Charlie Sheen but also, did you know the media is “demonizing” Muammar Gaddafi because the Pentagon is planning a military invasion of Libya, or that Justin Bieber is an agent in the war against the Second Amendment? Jones also purports to know “Glenn Beck‘s Secret“– namely that he’s “ripping me off” in order to “save us from the New World Order” while “poisoning” the information he feeds his public. Yes, Jones even has a conspiracy theory about Glenn Beck. Talk about meta.

This is Jones’ standard fare, and while thoroughly entertaining, isn’t exactly the sort of venue one would attend to establish a reputation in the mainstream (Jones, judging from his commentary, would take that as a compliment). And yet here is Sheen, making the slightest entry into the world of politics by visiting the program. It isn’t the first time, either– Sheen was on the show in 2009, questioning the U.S. government’s involvement in the 9/11 attacks. His triumphant return today involves talk of assassins from the Vatican and his superiority to Thomas Jefferson (in terms of presidential power, for example, Sheen may have a point: Jefferson’s perception of what America could be never expanded beyond a peaceful nation of farmers and small businessmen. He never saw the industrial revolution coming and, unlike contemporaries like Alexander Hamilton, refused to empower the executive branch of government over the legislative). His most serious statements attack social conservatives who judge others– namely, himself.

One would be hard-pressed to find a coherent political ideology comprised of these statements, but the Charlie Sheen saga– much like that of modern America– is so unpredictable that the question must be presented: is Sheen trying to position himself as a political commentator of some sort? Going on a political show and spouting even the most arbitrary of political statements, even if you are Charlie Sheen, in a world where an entire wing of a state legislature literally ran away when asked to vote on a bill they didn’t like and Donald Trump is considered a viable presidential candidate inspires suspicion. Or maybe his attempt at staying sober isn’t as “100% successful” as he has been advertising.

His interview on The Alex Jones Show below: