Is This The Dumbest Cable News Segment You’ll See This Week?
Opinion
VIDEO

Is This The Dumbest Cable News Segment You’ll See This Week? 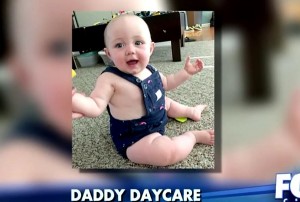 If you’ve ever wondered which is the bigger waste of time, Facebook or cable news, you may finally have your answer. On Saturday morning’s edition of Fox and Friends Saturday, co-host Clayton Morris scored an interview with the family behind a mildly-amusing Facebook waste of time that centers around hapless dad Jeremy Basso dropping his infant daughter at daycare clad in overalls… and no shirt.

If you’re wondering why that’s a big enough deal to catch fire on Facebook, you’re obviously not a Facebook person, but as big a waste of time as that social media platform can be, interviewing someone about it for three minutes makes the original post look like the Magna Carta:

As a Twitter person, Facebook is the exact opposite of what I look for in social media, utterly lacking the brevity and utility of the microblogging platform. This story is the perfect example of why that is, because having looked up the original post that was the basis for this story, the first comment I encountered was this:

Joy Hampton So once after work my hubs dropped our one year old off to me wearing this weird beige robe. I had no clue where it came from and she had it on with nothing but leggings. It was open in the front, no buttons or ties. I asked,”what is this?”

I said, “THIS CAME OFF OF HIS STUFFED YODA!!”

He took her to the grocery before dropping her to me….wearing a Yoda robe…..

That’s pretty funny, yet utterly useless, and there are ten thousand of those. Give me 144 characters any day.