Here’s the latest exit poll results, according to stats compiled by The Jerusalem Post: 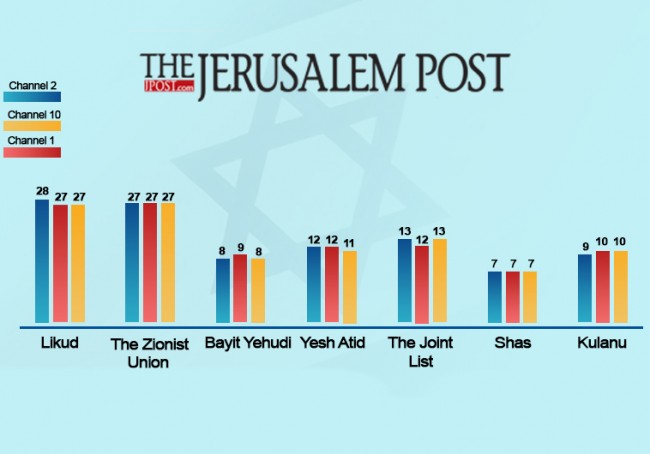 There are 120 total seats in the Israel Knesset, meaning for any one party to have a decisive victory, they would need to take 61 seats. Otherwise, the work to build a coalition government would begin.

The neck-and-neck nature of the race is a bit of a comeback for Netanyahu, after a recent poll showed him getting four seats less than the opposition.

Netanyahu got international attention for his recent address to the U.S. Congress (which he used in a campaign ad). Herzog had previously said the speech “endangers” Israel’s security.

We will update this post with more election results as they come in.

Update- 5:01 pm EST: Moshe Kahlon, one of Netanyahu’s opponents and head of the Kulanu party, tweeted this out:

(That roughly translates to “A huge achievement! Thank you all!”)

Update- 9:51 pm EST: An update on where the vote currently stands:

Watch the livestream below, via Israel’s i24: