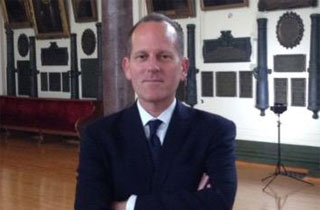 The backlash over Starbucks’ dumb #racetogether campaign, in which employees are “encouraged” to discuss racial issues with their customers, arrived quickly. Among the numerous questions: whose dumb idea was this? Did the corporate honchos at Starbucks take into consideration whether their employees were well-equipped to have difficult conversations about race? Were they aware that they could be placing their baristas into hostile situations that they’re unprepared to diffuse? Was this the ultimate form of White Guilt? Or was the coffee company trying to capitalize off the growing news and discussion over racial issues in America?

@nashwakay @coreydu How do you think this is a good idea? How could a barista be expected to deal with the complexity of race relations…

@nashwakay @coreydu Are you going to educate your workers on race relations and racism in America? Will you compensate them for this?

A few other users tried to replicate the results, to similar effect:

Hours later, after DuBrowa apparently could no longer take the Twitter heat, this happened:

@coreydu went from this to this in less time than a Scandal episode. Y'all the real Olivia Pope. pic.twitter.com/Qv6M3T7z3K

In a statement to PR Week, DuBrowa said that he would come back on Twitter, but only when people stopped being so gosh darn negative to him:

“My Twitter account was targeted around midnight [on Tuesday], and the tweets represented a distraction from the respectful conversation we’re trying to have around Race Together,” he said.

DuBrowa added that he will be back on the social network soon, and Starbucks has announcements planned for its annual shareholder meeting on Wednesday that will provide more details about and context around Race Together.

This campaign is already 85% dead.