Jennifer Rubin and Her Charade as a 'Conservative'
Opinion 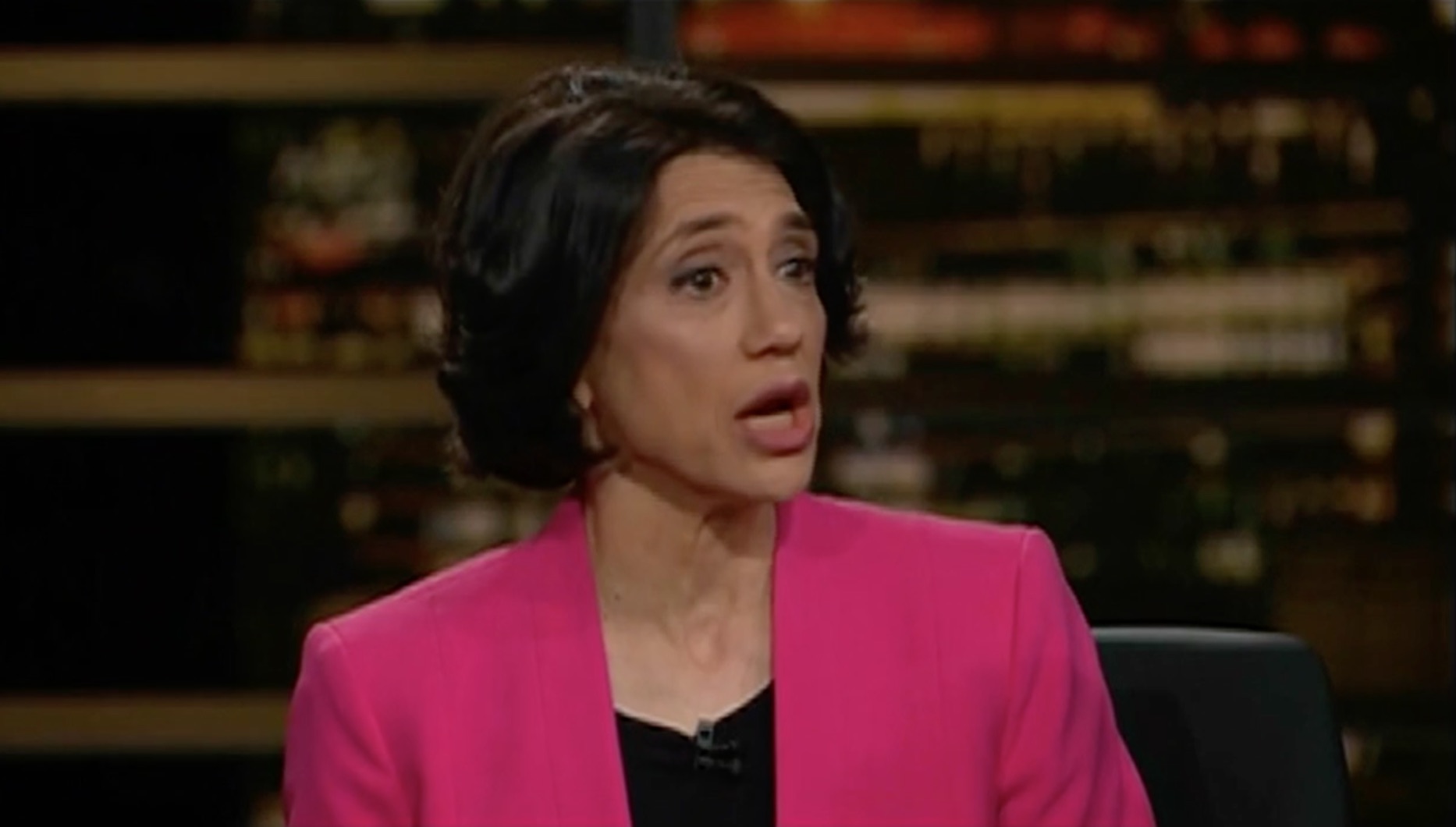 Ever since Donald Trump announced his candidacy in 2015, there has been an internal debate among the right on whether to embrace or reject the man who ultimately won the presidency. And during the election, two subgroups within the GOP emerged: Trump supporters and Never Trumpers. But since being elected, there has also been a divide within the Never Trumpers: those who maintain conservative principles and those guided by their blind hatred for Trump.

You have folks like Ben Shapiro, Stephen Hayes, Jonah Goldberg, and the late Charles Krauthammer, all who vehemently opposed Trump during the election but never allowed their animosity towards him to prevent them from calling balls and strikes from a conservative stance. We even saw Glenn Beck, arguably one of the most vocal Never Trumpers during the campaign, don the “Make American Great Again” and board the Trump Train.

Then you have the Never Trumpers who still claim they fall on the right on the political spectrum but won’t give Trump credit for anything, especially things for which the right has been cheering. These folks include; Bill Kristol, George Will, Ana Navarro, Bret Stephens, and Steve Schmidt.

But there’s one person among the Never Trumpers who has really jumped the shark in the Trump Era: Jennifer Rubin.

On Friday night, Rubin trashed actual conservative Ben Shapiro immediately after his sit-down with Bill Maher for the excitement actual conservatives have over President Trump’s Supreme Court nominee to replace retiring Justice Anthony Kennedy. She accused Shapiro and others of making the “But Gorsuch” argument, meaning that the right can dismiss what she calls the “racism,” “illegality,” and “corruption” of the Trump administration simply because Trump will appoint “somebody terrible.” Principled conservatives and Trump supporters clash often both on policy and character of this president, but they firmly agree on how strong and qualified the list of 25 potential nominees are. The fact that Rubin essentially echoed the talking points of Senate Minority Leader Chuck Schumer (D-NY). She later suggested for a boycott for L.L. Bean and Alaskan Cruises as an attempt to pressure Senators Susan Collins (R-ME) and Lisa Murkowski (R-AK) into not confirming Trump’s SCOTUS pick. It’s as if she tore a page out of the Media Matters playbook.

So why on earth would a self-described “conservative blogger” speak so passionately about preventing a conservative Supreme Court nominee from being confirmed? Perhaps it’s because she’s no longer conservative.

Rubin, once known as a prominent conservative columnist, is now a strictly anti-Trump talking head. Between her “Right Turn” blog at The Washington Post and her contributor gig at MSNBC, she caters to an audience of liberals by pretending she represents “rational” conservatives who haven’t joined the Trump “cult.” Her regular column and commentary has little to do with advocating for conservative beliefs, reserving far more of her punditry for vitriol aimed at the current occupant of the Oval Office.

All you have to do is research her positions before Trump announced his candidacy and after he took office to realize the dishonesty of Rubin’s commentary. Before Trump, she trashed President Barack Obama‘s Paris Climate Accords, calling the 2015 agreement a distraction from his administration’s own failures and dismissing it as a “piece of paper” that “achieves nothing.” But once when Trump announced he was going to withdraw from the agreement, she called it a “senseless act” and a “dog whistle to the far right.” In 2010, she praised Marco Rubio for declaring Jerusalem as Israel’s capital. But once when Trump announced he was moving the U.S. embassy from Tel Aviv to Jerusalem, she declared the decision a “foreign policy move without a purpose.” Rubin used to believe that the Iran Nuclear Deal was “ludicrous.” Then she ripped Trump for scrapping it. She used to dismiss the calls for gun control. Now she’s a gun control advocate. This list of flip flops go on.

Just this weekend, on the issue of civility, Rubin said the Red Hen’s treatment of Press Secretary Sarah Huckabee Sanders was justified, explaining she “has no right to live a life of no fuss” for “lying to the press” and that she deserves a “life sentence.” Meanwhile, she lamented that Maxine Waters had to cancel an event because of a death threat.

But what truly separates Rubin from other Never Trumpers is how vocal her support is for the Democratic Party. She gave Democrats a wacky pep talk in the form a column after the downfall of NY Attorney General Eric Schneiderman.

And if you follower her on Twitter, you’d think she were a liberal activist.

every Dem running for House should play a clip of Jim Jordan. This is today’s GOP – nuts, rude, irresponsible

Democrats Are the New Republicans https://t.co/6V47W8Mmvl Very persuasive. I hope Dems are persuaded. It’s be nice to find a party that propounds the values I’ve favored for decades

Dems need to run ads pointing to multiple witnesses ON THE RECORD and pix of the R’s who still support Moore. Rand Paul, Mike Lee — this is your guy?

@SpeakerRyan and @SenateMajLdr promised to be a check on pres. Total abdication. Dems argument to win back majorities in2018

Democrats have the most powerful argument imaginable in the first referendum on the president since his election: Republicans support Trump’s claim to absolute power; Democrats do not. Which party should we have control Congress?

if Democrats had the majority and could peel off the Republicans now in revolt, we might wind up with some effective bipartisan legislation on everything from infrastructure to DACA. Keep that in mind when voting in November. https://t.co/vY61cdYWpq

In the midterms, Democrats will have a strong case that Republicans are not up to the task of governing at a time they should be restraining and not enabling an unfit president. https://t.co/IZblaoPdx0

Voters might consider voting for Democrats who pledge to do something on infrastructure and health care and to uphold their constitutional role. I mean, what do voters have to lose?
https://t.co/VHdMUyVUfo

And yes, she did endorse the idea of deporting Republicans.

“If only we could keep the hard-working Latin American newcomers and deport the contemptible Republican cowards — that would truly enhance America’s greatness.” yes!
https://t.co/ygouIRXjhP

Even her employer The Washington Post had to rewrite her bio in the Trump era, which used to say she offered opinion “from a conservative perspective” to “a center-right perspective.” At this point, even calling her “center-left” would be generous, making the title of her blog “Right Turn” a bit outdated.

Both The Washington Post and MSNBC do a disservice to their readers and viewers by presenting Jennifer Rubin as someone who still upholds views of conservatism when she clearly no longer does. That in itself is a form of deceit. And Rubin is being dishonest when she refers to herself a “conservative blogger.”

Last month, former GOP strategist Steve Schmidt officially rescinded his membership from the Republican Party, which wasn’t exactly a shocker since his extreme opposition to Trump practically aligned himself with the Democratic Party. However, he deserves credit for at least no longer branding himself as a conservative. It’s time for Jennifer Rubin to do the same.