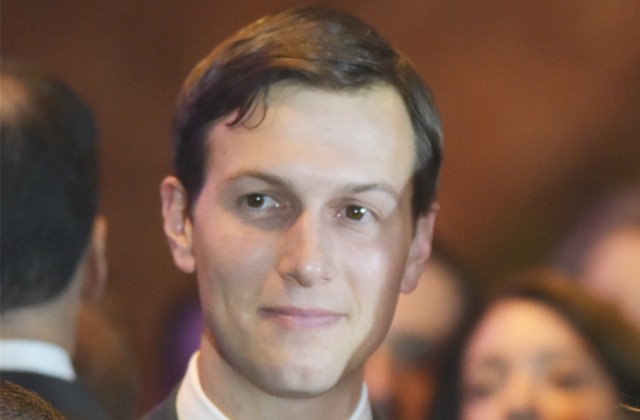 President Donald Trump‘s son-in-law, Jared Kushner, failed to mention, in his financial disclosure to the government, that he has a stake in a company that ties him to left-wing billionaire George Soros and investment bank Goldman Sachs.

The Wall Street Journal revealed Kushner’s omission in a Tuesday article. The senior advisor to the President founded a startup in 2014 called Cadre. Kushner’s brother and a friend of his started the company, and it turns out Goldman Sachs and Soros are investors in Cadre, along with Trump supporter Peter Thiel. The newspaper disclosed that the enterprise “secured a $250 million line of credit from the family office of George Soros.”

The Journal‘s report also points out that Kushner also neglected to disclose that he has “loans totaling at least $1 billion, from more than 20 lenders, to properties and companies part-owned by Mr. Kushner.”

Jamie Gorelick, a lawyer representing Mr. Kushner, said in a statement that his stake in Cadre is housed in a company he owns called BFPS Ventures LLC. His ownership of BFPS is reported in his financial-disclosure form, although it doesn’t mention Cadre.

Ms. Gorelick said the Cadre stake is described in a revised version of his financial-disclosure form that will be made public after it has been certified by ethics officials. She said Mr. Kushner has previously discussed his Cadre ownership with the Office of Government Ethics and that Mr. Kushner has “resigned from Cadre’s board, assigned his voting rights, and reduced his ownership share.”