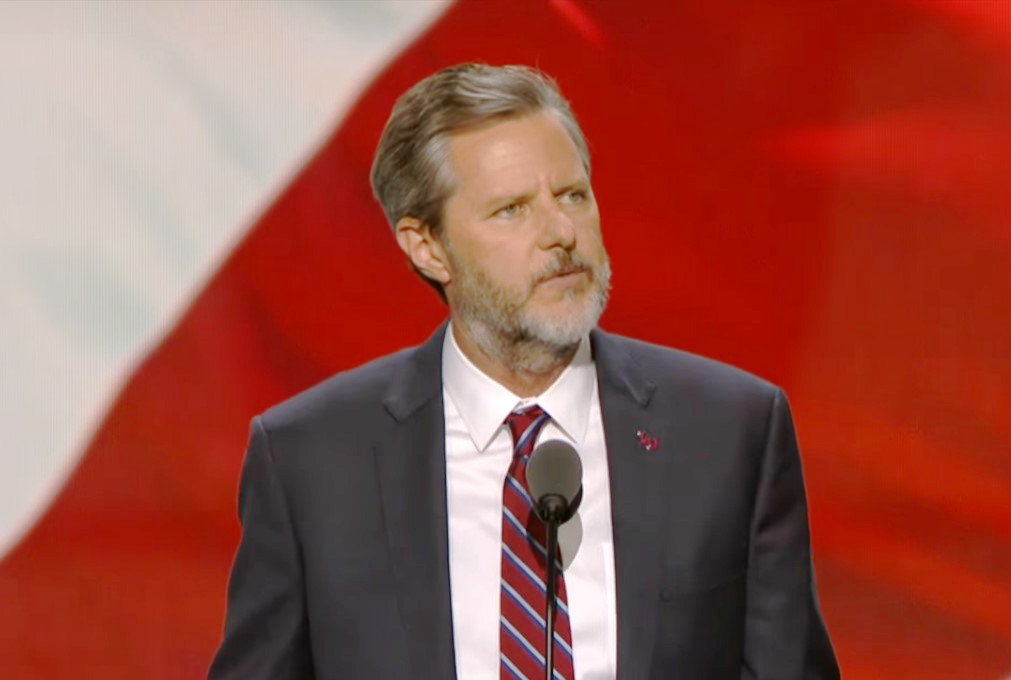 Jerry Falwell Jr., the president of the ultra evangelical Liberty University and an outspoken supporter of President Donald Trump, was viciously mocked on Twitter today after suggesting Attorney General Jeff Sessions is actually an “establishment” Republican.

Falwell’s comments — which have little basis in fact, as Sessions’ history of far-right domestic policy peddling put him much closer to Trump than moderate conservatives — came as a response to the president attacking his attorney general on Twitter for his “disgraceful!” actions.

“Why is A.G. Jeff Sessions asking the Inspector General to investigate potentially massive FISA abuse. Will take forever, has no prosecutorial power and already late with reports on Comey etc. Isn’t the I.G. an Obama guy? Why not use Justice Department lawyers? DISGRACEFUL!” Tweeted Trump.

Falwell issued his agreement with Trump’s slam on Sessions, tweeting, “I couldn’t agree more. @USAGSessions must be part of the Bush/Romney/McCain Republican Establishment. He probably supported @realDonaldTrump early in campaign to hide who he really is. Or he could just be a coward.”

I couldn’t agree more. @USAGSessions must be part of the Bush/Romney/McCain Republican Establishment. He probably supported @realDonaldTrump early in campaign to hide who he really is. Or he could just be a coward. https://t.co/9D1ppRTSyp

Twitter reacted with a barrage of mockery and insults, as many pointed out how ridiculous the “establishment” claim and others brought up Falwell’s history of support for the same Republicans he attacked:

you better believe I’m here for the “Jeff Sessions is a Deep State cuck” phase of this https://t.co/IpeY4IPoeT

No better example of “moral relativism” than Jerry Falwell, Jr.

Side note: Jerry Falwell’s father once said, “”I am such a strong admirer and supporter of George W. Bush that if he suggested eliminating the income tax or doubling it, I would vote yes on first blush.”

Sessions is insufficiently #MAGA and has not been loyal to the Order of the Red Hat, says Jerry Falwell of Liberty University https://t.co/jBmbOEKJ1k

The stupidity of the first three sentences is striking. The name-calling—“coward”—in the last sentence is even more distasteful. Does Liberty U. not have a board of trustees? https://t.co/0Yf6E6vuu2

Jeff Sessions is neither an establishment tool or a coward. This is too stupid for wordshttps://t.co/vksR40R4Bi

There is no bottom to the derangement pic.twitter.com/PArvmlKN28

Just to be real clear here, Falwell is accusing one of the most stalwart social conservatives in the Senate of being a Deep State double agent…or a coward, bc he won’t use power of the federal government to persue Trump’s enemies. I don’t like Sessions but this is delusional. https://t.co/lEC0KELpHn

The conspiracy runs deeper than you can imagine. https://t.co/szVvD2kTFK