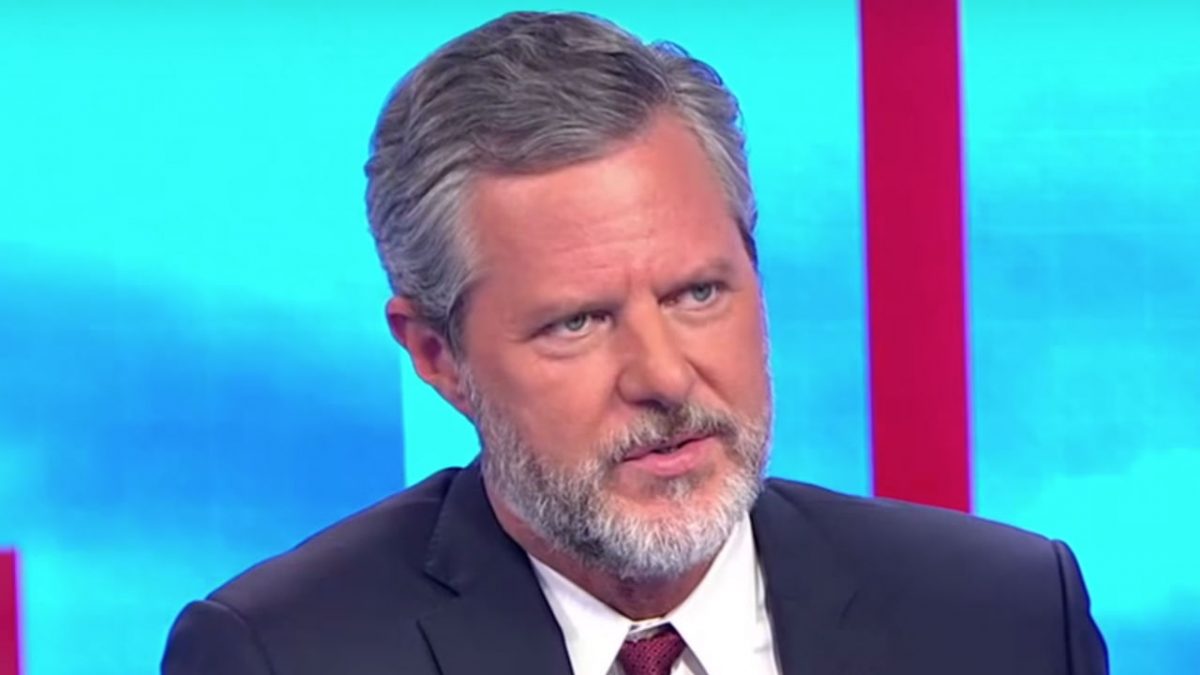 Jerry Falwell Jr. eagerly joined the Jeff Sessions pile-on this morning by suggesting the AG might be a “coward.”

Or, even worse, part of the establishment:

I couldn’t agree more. @USAGSessions must be part of the Bush/Romney/McCain Republican Establishment. He probably supported @realDonaldTrump early in campaign to hide who he really is. Or he could just be a coward. https://t.co/9D1ppRTSyp

Oh yeah, there’s also that weird third thing where he suggests Sessions’ support of Trump was just a cover to “hide” his true intentions.

Additionally, Falwell appears to have tagged an account that does not at all belong to the AG: 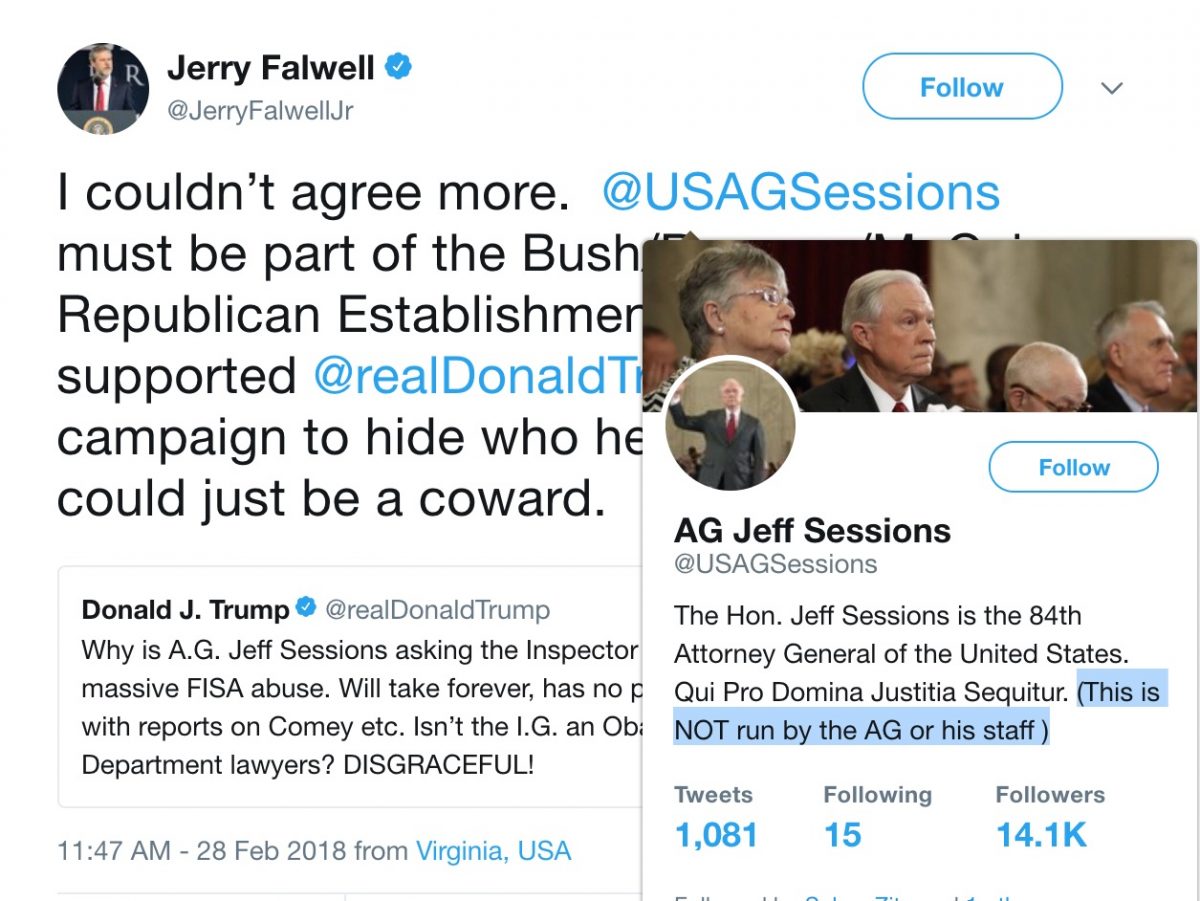