Joe Manchin Sounds Off After Pence Publicly Attacks Him: ‘Exactly Why Washington Sucks’

Joe Manchin Sounds Off After Pence Publicly Attacks Him: ‘Exactly Why Washington Sucks’ 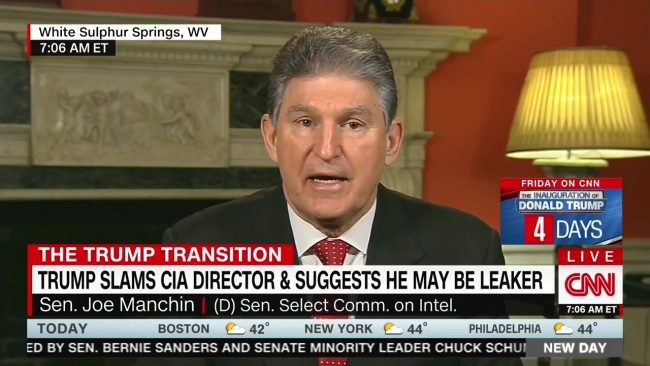 Throughout the day Wednesday, Vice President Mike Pence lobbed pointed attacks Joe Manchin’s way. With the veep making a visit to West Virginia, he decided to go after the state’s Democratic senator. In a series of tweets and a speech, Pence said that the state deserves better as Manchin vote’s against the state’s interests and with Nancy Pelosi and Chuck Schumer.

.@Sen_JoeManchin voted no to give working families more of your hard-earned money. Joe voted no on tax cuts. Joe voted no time and again on the policies that West Virginia needs. #JoeVotedNo pic.twitter.com/uV7SdAa2q8

Well, Manchin has responded back. And he didn’t mince words.

As you can see in the statement above, via Business Insider’s Joe Perticone, the Democratic lawmaker took some shots at Pence. Stating he was “shocked” that the vice president would “continue his partisan attacks” after working to take away West Virginians’ health care, Manchin pointed to his own attempts at bipartisanship.