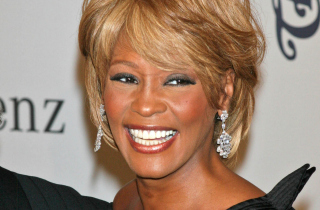 A police officer has been accused of “inappropriately” handling Whitney Houston’s nude corpse, after she was found drowned at a Beverly Hills hotel in February 2012. According to the formal complaint, Detective Sergeant Terry Nutall “contaminated” and “mistreated” Houston’s body, making sexual remarks about her body and moving down a sheet meant to “preserve the dignity of the remains.”

The Guardian reports that Nutall’s colleague Patrol Sergeant Brian Weir was first to arrive on-scene and purposely put a sheet over Houston’s corpse “to prevent contamination or potential DNA and other potential evidence.”

But when Nutall arrived, the complaint read, he “knelt beside” Houston “for no legitimate law enforcement” reason and removed the sheet to an area below her pubic region. He then “came in close proximity to touching the body of the decedent while making inappropriate comments … that the decedent ‘looked attractive for a woman of her age and current state’, and ‘Damn, she’s still looking good, huh?'”

Among his allegations, Weir added that Nutall “treated the dead body … in a way that would outrage ordinary family sensibilities.” He also claimed that Nutall moved Houston’s corpse without permission from a coroner, effectively “contaminating potential DNA” and “harming the integrity of the scene”.

To add further intrigue to the ordeal, Weir claims that upon complaining to his superiors, Nutall was never punished, but rather, was promoted to lieutenant. Meanwhile, Weir alleged, police officials “retaliated” against him with harassment and ostracization.

In response to Weir’s public complaints, a police spokesman reportedly denied Nutall’s alleged misbehavior, assert that “at this time, we’re not aware of any inappropriate comments.”