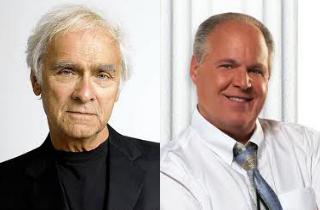 While going after the conservative host, Malloy said, “This son of a bitch personifies — if ever evil could be rolled into a huge fat mass, this is it!”

The self-syndicated radio host then asserted that Limbaugh might be a pedophile: “If Limbaugh had the power, he would destroy children because he can’t have any! The only thing he sees in children is sex partners! This is a sick, evil, degenerate man!”

– RELATED: Limbaugh Goes Off On Media For Lack Of Outrage Over Bob Schieffer’s Nazi/Gun Lobby Comment

Malloy is a self-described “Liberal Democrat” who made his name as one of the original hosts on Air America Radio. After that stint ended in what he described as a “trainwreck,” Malloy went on to national syndication and eventual self-syndication along with satellite radio broadcasting.

“Why is he on the air?” Malloy wondered about Limbaugh. “This is not First Amendment protected speech! This son of a bitch is evil, rotten to the core.”

“I know, and you know, that eventually Limbaugh will say whatever he comes up with,” Malloy concluded. “I don’t know how he can get any worse than this. But somebody someplace is going to listen to him and that’ll be it! Unbelievable.”